Find the exchange with the lowest fees, best methods for depositing or your geographical area and start trading Qtum Coin

Want to leave your cash at home? These cards support Qtum Coin.

So you've made a little Qtum Coin and now you want to spend it? These are the places to do it!

Find the wallet that suit your security, ease of use and anonymity needs for Qtum Coin.

Qtum Coin combines functions of ETH and BTC. It is an UTXO-based smart contract system that utilizes a Proof-of-Stake (PoS) consensus model. Qtum presents great possibilities considering its combination of Bitcoin’s security and ETH’s smart contract functionality. Qtum focuses on providing an ecosystem that helps small to large companies create smart contracts. This makes it a toolkit designed to be both robust and modular. Users can produce their own tokens, participate in agreements that are self-executing as well as automatic supply. Not only that, but it will all function in an entirely standardized environment.

Qtum launched via an Initial Coin Offering in 2017. 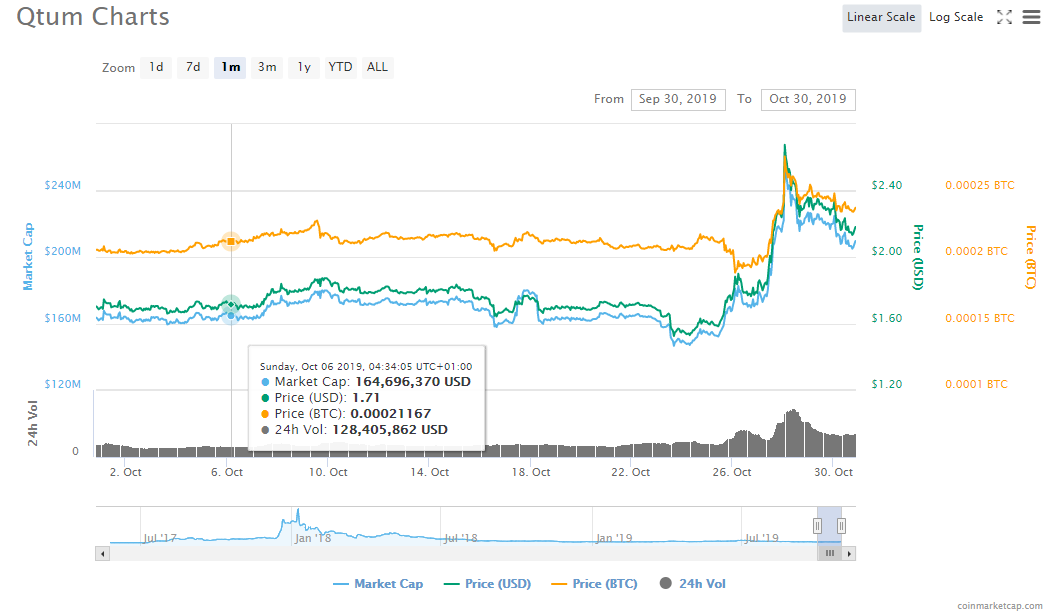 Qtum (Quantum) is an open-source project with a clearly defined use case for its token. By SEC standards, Qtum is a utility token for running smart contracts and decentralized applications (DApps) within the Qtum network. Qtum is dedicated to protecting user privacy and make the streamlining of daily business routines possible.

The coin can be stored in a wallet accessible on many platforms. This includes the web, mobile app, desktop, and hardware wallet.

After Qtum’s token sale in March 2017, the mainnet went live in September of the same year. Since then, significant progress has been recorded. By the end of Q4 2019, the team is expected to implement the X86 VM mainnet integration.

Here is a summary of the development roadmap for 2019:

Qtum aims to bridge the gap between BTC and ETH communities, the real world and blockchain. Therefore, it is not surprising to have people from the Bitcoin and ETH spheres making up the Quantum team. Members of the team allegedly have experience working with top firms such as Alibaba, Tencent, Baidu, and NASDAQ.

The project has backing from multiple significant blockchain players, venture capitalists, and executives from some large Chinese businesses.

In addition, Qtum has the backing of Roger Ver, one of the first major investors in Bitcoin startups. Other backers include Xu Star, the founder of OKCoin, Anthony Di Lorio, Co-founder of Ethereum and CEO of Jaxx wallet and a host of other top people within the blockchain space.

Qtum embodies Bitcoin’s transaction model and the developed consensus of ETH. The Qtum blockchain uses the Unspent Transaction Output (UTXO) model. This model requires users to provide proof of ownership over the digital asset before they can spend it. This is very much how Bitcoin works. This simply means that it adds unspent coins from multiple transactions into the user wallet and selects the next creator node based on the number of coins held by each node. It helps to accomplish two objectives. The first one is security. The other is that it makes it easy to mine new coins.

Using Bitcoin’s UTXO model, Qtum codebase supports the Simple Payment Verification (SPV) protocol by default. This innovation makes it possible to execute smart contracts as well as run DApps simply and securely. It can be done in an environment previously out of reach for ETH, combining limitless possibilities with the stability of the Bitcoin ecosystem.

Qtum is an open-source hybrid blockchain application platform. It combines the security of the UTXO model, robust Bitcoin core architecture and an Account Abstraction Layer. This acts as a bridge to connect multiple Virtual Machines, including the Ethereum Virtual Machine (EVM) and x86 VM. 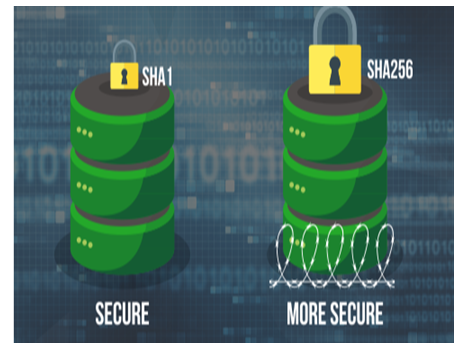 If you are a crypto trader or entrepreneur, then you must have heard about “cryptography” or “hashing algos”.  Hashing algos are what keeps Bitcoin’s blockchain secure. Qtum uses a SHA256 algorithm. It is based on the Merkle-Damgard construction method. It can essentially handle any size data string. Thus rendering the resulting hash impossible to predict making it a solid means of securing data.

Qtum smart contracts use the Ethereum Virtual Machine (EVM), which was designed to work with an account that holds the wallet’s balance. However, Qtum transactions are based on the Bitcoin UTXO model – managing the balance of a wallet as any number of individual transactions.

Qtum does not have masternodes.

Where to Buy Qtum Coin

Qtum is available on many exchanges. Listed below are some of the exchanges where you can buy Qtum:

Qtum’s developers believe that both Bitcoin and ETH have drawbacks. The drawbacks are huge turn-offs for devs of corporate products from these technologies. Qtum hopes to dominate the niche. Nevertheless, even though Qtum is in an early phase of its life, the digital asset has already created interest. It managed to attract $1 million from blockchain angels at once. Considering its ICO brought the startup a substantial $15.6 million, and the market cap is currently USD 218 million, Qtum’s future looks bright.