V Systems Coin is an innovative blockchain database project. The project promises a decentralized cloud database technology for complex apps including a future economy built upon millions of blockchains. V SYSTEMS aim to achieve this via a scalable and stable infrastructure based on Supernode Proof of Stake (SPoS). 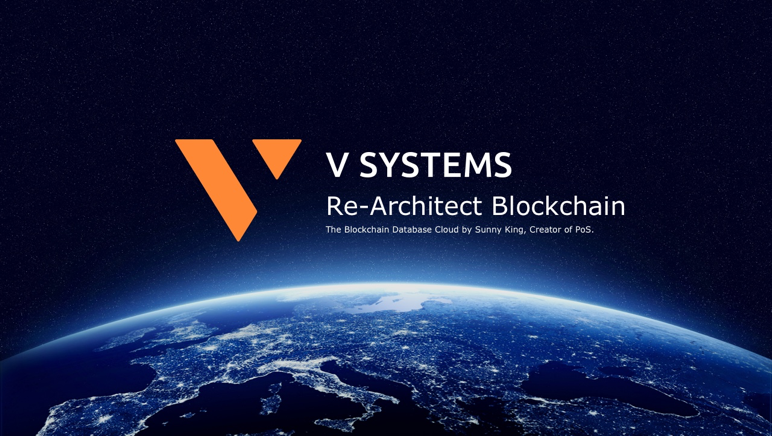 VSYS coin is the native currency for the VSYS blockchain. Its utility lies in the reward for the act of block production and platform usage. Use cases encompass minting and staking on the network. In addition, users can access several apps built on the V SYSTEMS network with VSYS. Such apps may include smart contracts, cross chains, DAPPS and side chains.

The coin was brought to the public in Q1 2019 via an Initial Exchange Offering (IEO). The outcome of the sale remains undisclosed. 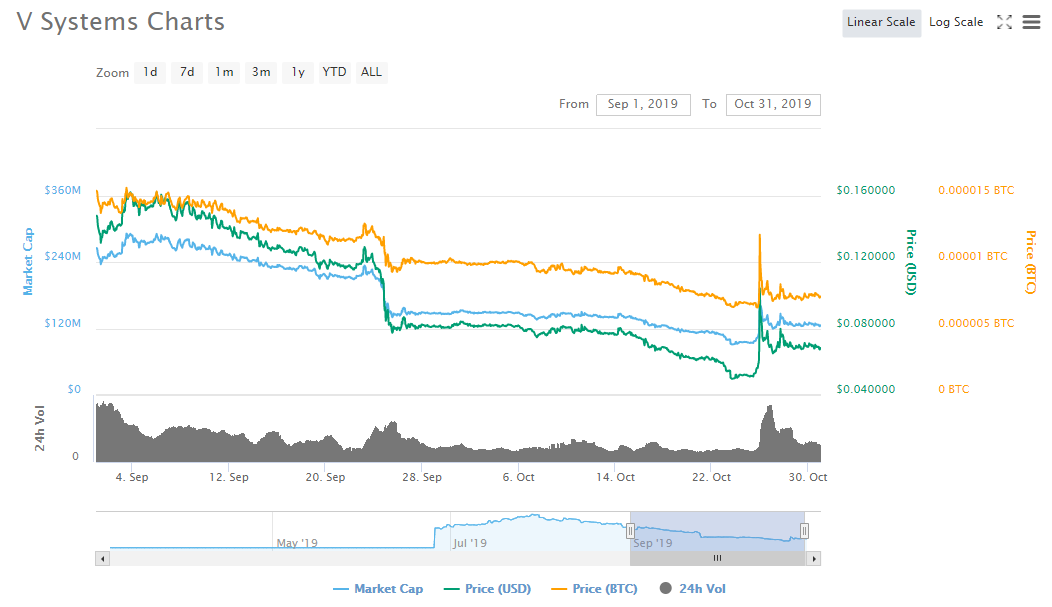 The token’s use cases are to:

V Systems is designed to be practically resistant to a 51% attack. It supports the agile development of applications for finance (DeFi), entertainment, and social media. VSYS aims to form a secure platform for blockchain database through SPoS. SpoS is short for Supernode Proof of Stake. It determines consensus weightings using coin holdings rather than power consumption. Block generation in a SPoS network (minting) is constant. This is inherently more stable and enables greater performance. By SEC standards, VSYS Coin is a utility token. 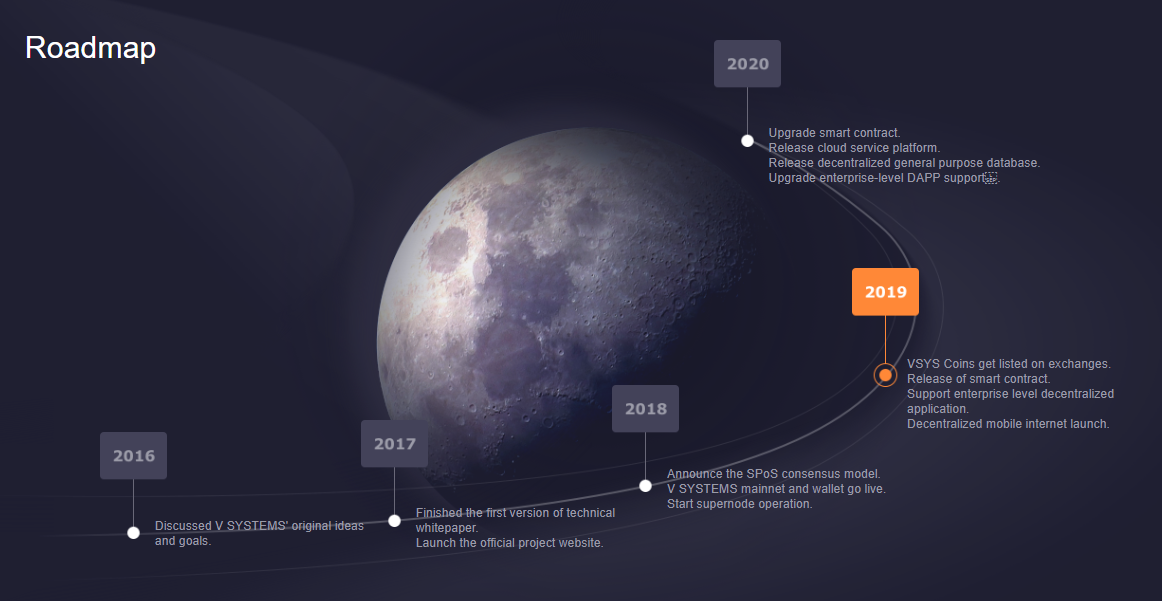 Sunny King, a blockchain developer created VSYS. He is the Chief Architect at V Systems. In certain circles, he is downright legendary. He invented the Proof of Stake (PoS) consensus, which became a popular governance model. It currently enjoys widespread adoption within the crypto space. King has since created three blockchain projects. These are Peercoin, Primecoin and – this token – V Systems.

The CEO is Alex Yang, a Fintech Entrepreneur and investor. He has over 14 years of experience in Banking and Finance to his credit. Yang is also the founder of Fund V, one of the first token funds in Hong Kong.

The rest of the dev team consists of top database scientists and crypto experts. They are based in various locations – New York, Hong Kong, and Silicon Valley.

V Systems facilitates the launch of the new web economy. It will do this by creating a database cloud system to streamline the creation of new networks and decentralized apps. VSYS coin build on an innovative consensus model that solves scalability and energy issues using PoS and PoW.

Yes. Euclid, the smart contract carries a high level of processing power. It can handle a massive amount of data quickly. As the project grows, V SYSTEMS will develop a turing-complete and data-oriented smart contract programming language. This will unleash the full potential of the smart contract to developers.

V Systems uses the SPoS consensus model. In this model, supernodes carry out the block minting.

Where to Buy V Systems Coin

You can trade VSYS on many exchanges. Listed below are some of them:

V Systems Coin acts as an open platform that supports the growth of decentralized apps with multiple consensus algos. The VSYS coin will likely support the creation of database apps, modular blockchain architecture, and large-scale enterprise applications in the future.