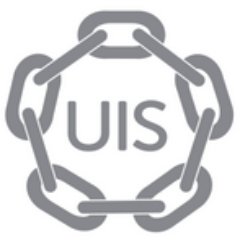 When investing in virtual currency, you need to do your research. We provide you with reviews of each world top cryptocurrency out there, so that you can find the best crypto coins to invest in for you. This review of Unitus Coin consists of three chapters: origin & background, technology and pros & cons.

Unitus Coin is a coin with years of history and exceptional technology trying to claw its way back into the attention. UIS was once listed on Poloniex, and was eliminated for lack of developer activity.

Unitus Coin – in spite of being relatively unknown – already has technology superior to numerous coins we trade every day. You may have heard about a 51% attack that is a single entity controlling over half of the mining of a coin. Thus, deciding the contents of the next block. That is almost impossible with the 60 second blocks using five different algorithms. A miner would have to control almost 100% of three different algorithms to succeed.

Unitus is a coin driven by volunteers. Accordingly, there is no company backing it and no-one is paid for any completed work. Also, there is no Premine, ICO or Developer Tax. Just pure miner reward.

Depending upon a single algorithm (SHA256d) has led to an arms race in mining hardware. Resulting now in an eco-system where only those willing to invest a lot of capital can mine Bitcoin on a gainful basis. And only then if an extremely cheap source of power can be exploited. It has now caused noteworthy centralization of mining resources efficiently focusing the direction and power of the Bitcoin network.

We have not identified any obvious cons with the Unitus Coin.