Sorare Marketplace is an NFT marketplace dedicated to football lovers and enthusiasts around the globe (also known as "Soccer", if you are from the U.S.). The global fantasy football NFT collection will let you build and manage your squad using digital collectables. And the coolest thing about Sorare Marketplace is that you earn points based on the actual on-field performance of players. It is a perfect bridge between fantasy football and the live on-field action.

Sorare was launched in 2018 on the Ethereum blockchain network. The company behind the digital collectables, Sorare SAS, is incorporated in France and since its inception, the company has raised just short of USD 60 million (approximate €49 million). Crunchbase also claims that in December 2020, Sorare sold close to USD 1.8 million worth of digital cards.

As mentioned above, Sorare NFTs are focused on passionate football fans. The platform has no individual artwork listings. Instead, it has trading cards with players from many of your favourite football clubs across the European continent to the Americas. Sorare Marketplace is all geared up for its MLSPA 2021 cards and its focus is going to be the Americas for the next two weeks. After that, it's back again to the Euros 21 games.

Sorare Marketplace has officially secured the licensing with 140 clubs until now including Liverpool, Chelsea, Bayern Munich, Ajax, PSG, Inter Milan, and many more. The list keeps growing day by day. 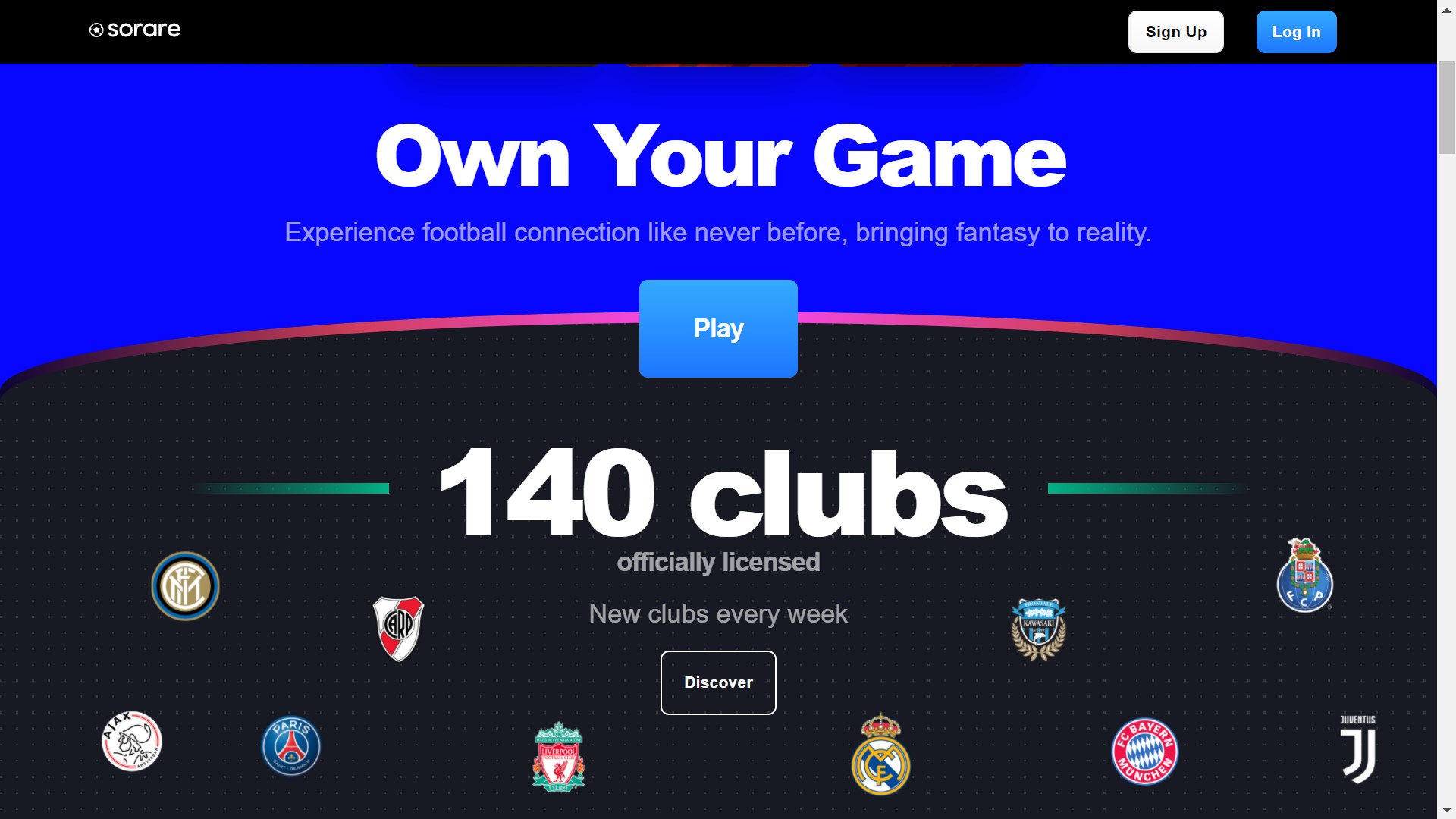 Enthusiasts have a variety of collectables, including limited edition cards, to choose from. You may scout for new collectables or trade cards with other fans on the open marketplace. Build and manage your dream team with your favourite players, and battle it out with other managers in weekly face-offs to win prizes.

Typically, NFT marketplaces charge buyers a certain amount of commission. The commission is normally a percentage of the sale amount in the relevant trade.

However, when you trade collectables at Sorare Marketplace, they don't charge any commissions. This is a very competitive trait that we applaud.

Different NFT Marketplaces present their NFTs, the latest bid and the remaining time of an auction etc. in different ways. What you are most comfortable with viewing and using is up to you and no one else. The following picture is a print screen from Sorare Marketplace:

If you move in to one of the specific NFTs, in this case the trading card of Edgar Silva playing in the South Korean club Daegu FC, the page layout is as follows. As can be seen from the picture below, the layout includes information on the latest bid, how much time remaining of the auction, and then the number of points created by the player (according to the point scoring calculations in the Sorare Fantasy Football Game) in the latest 5 games. The specific NFT Layout also includes information on scarcity of the trading cards. In this particular case, the card is unique, meaning that only 1 such card exists. There are two other scarcity levels, Rare (there are 100 cards of that type) and Super Rare (there are 10 cards of that type). 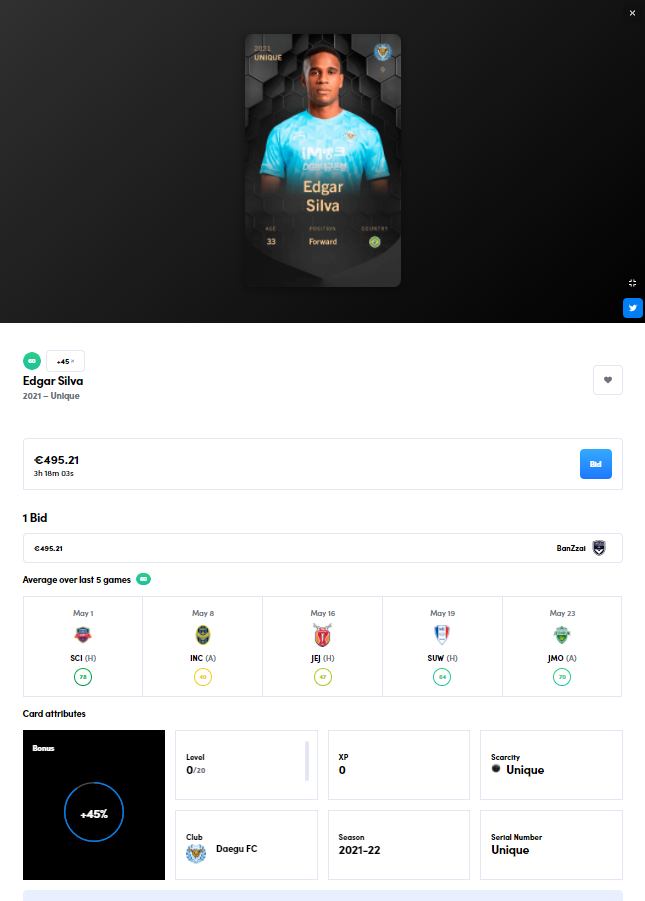 A few of the NFT Marketplaces out there accept deposits and payments via credit or debit card, and some even accept PayPal deposits.

Sorare Marketplace is one of them, as it accepts credit card payments for NFT purchases (but not PayPal).

If you think that Sorare Marketplace is the perfect marketplace for you, signup by clicking here.