Enjin was founded in 2009 and has evolved into a leading social gaming platform. It is based in Singapore and operates under the name of Enjin Pte Ltd. Enjin Pte Ltd is a distributed company which spans across five continents and has a presence in many countries.

Enjin Marketplace is built on the Ethereum network and the company behind the marketplace also launched its own coin in June 2018: Enjin Coin. 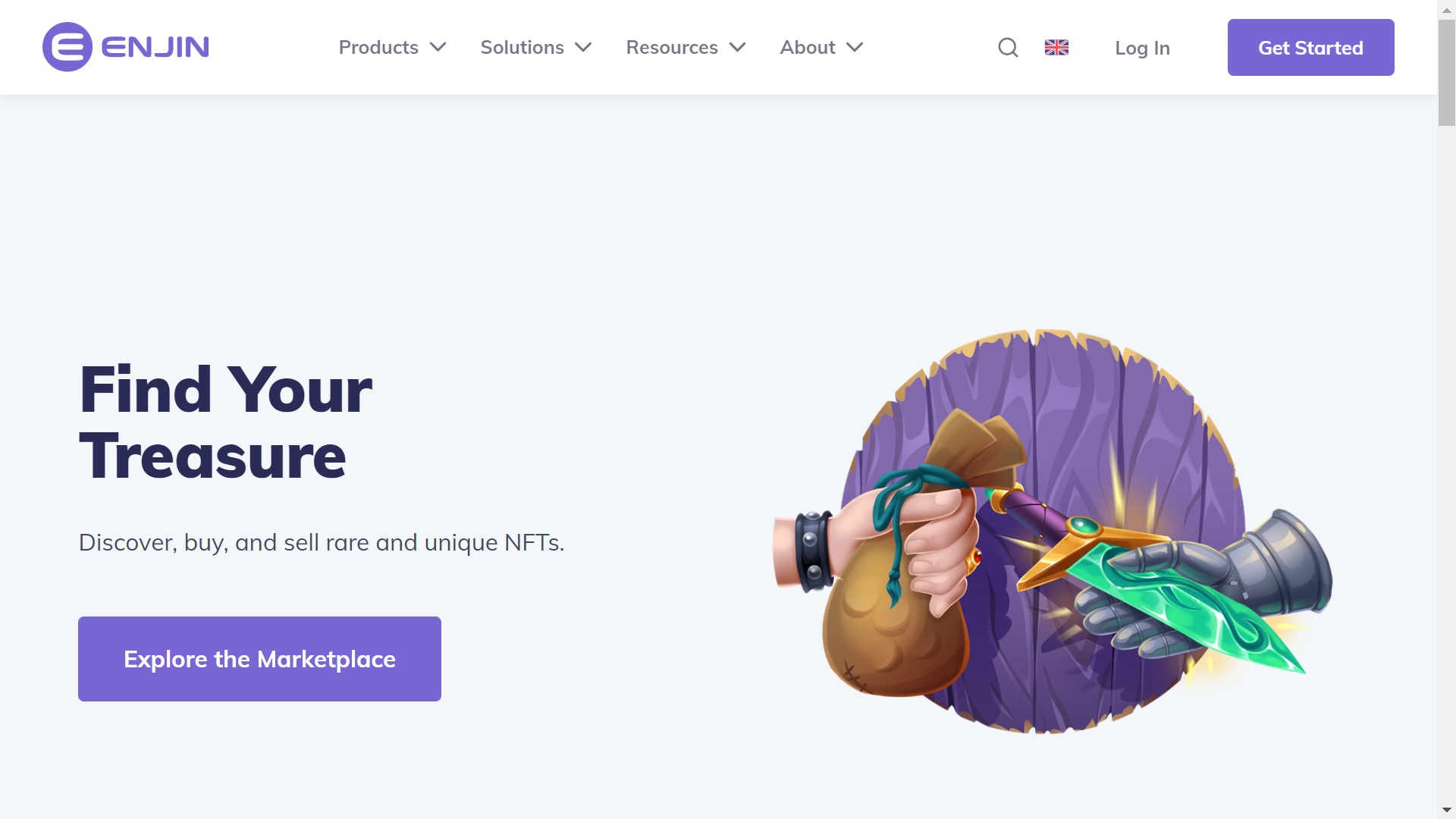 Enjin claims on its website that it has created 2.1 billion assets until now on its blockchain, powered by the Enjin Coin.

Multiple projects are listed on the Enjin Marketplace. This includes projects with Microsoft (Azure Heroes), Binance and CoinMarketCap. On the day of first writing the review (31 March 2021), there were 287 projects listed on Enjin.

When you make a trade at an NFT marketplace, they charge you with a commission. The commission is normally a percentage of the sale amount in the relevant trade.

Unfortunately, we have not been able to find what fees that Enjin Marketplace charges a buyer when purchasing an NFT. We have asked the marketplace about this and we will update this review with the correct information as soon as we have received it from them.

Different NFT Marketplaces present their NFTs, the latest bid and the remaining time of an auction etc. in different ways. What you are most comfortable with viewing and using is up to you and no one else. The following picture is a print screen from Enjin Marketplace: 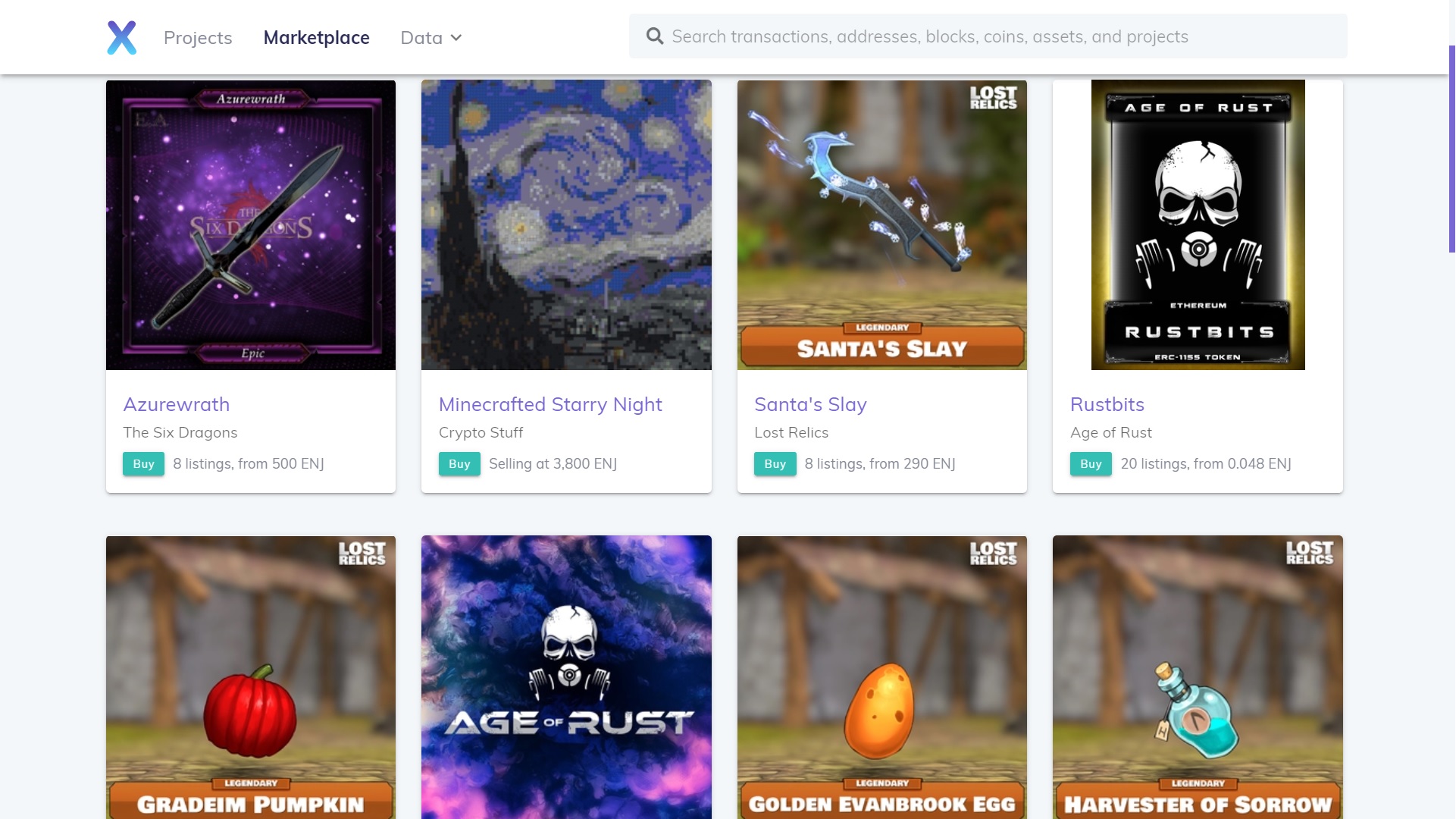 If you move in to one of the specific NFTs, in this case the NFT called "Rustbits" from the universe of the game Age of Rust, the page layout is as follows. As can be seen from the picture below, the layout includes a lot of detailed information. Much more so than on any other NFT Marketplace we have seen. So for the NFT-buyer that needs a large number of data points in order to assess whether to buy or not to buy a specific NFT, the following layout might be preferred. 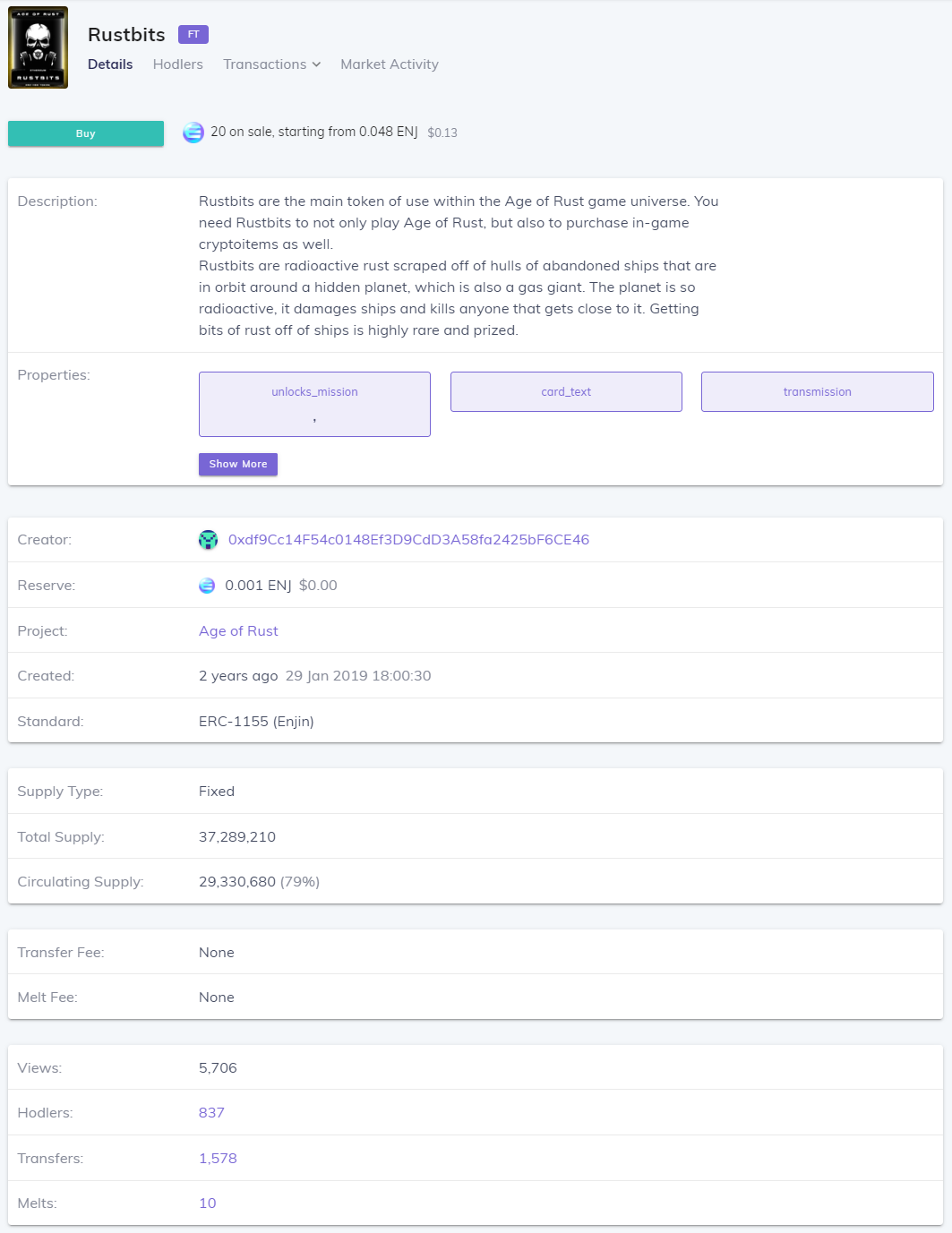 A few of the NFT Marketplaces out there accept deposits and payments via credit or debit card, and some even accept PayPal-deposits.

Enjin Marketplace does however not any fiat currency deposit method. The marketplace relies on you using the Enjin Coin. The Enjin Coin can be bought from most of the crypto exchanges out there, one of them being the industry giant Binance.