One of the principal points about the Ethereum merge is the migration of the network from a Proof-of-Work (PoW) consensus to a Proof-of-Stake (PoS). The difference between the two is integral to understanding why the merge occurs.

Ethereum currently runs on a PoW consensus mechanism, much like the gold standard of the cryptocurrency Bitcoin (BTC), but it comes at a cost. The main difference between these two networks is that with PoW, the network is maintained and secured by miners that purchase and run Ethereum mining hardware. You’ve probably heard of these vast Bitcoin mining facilities, with rows of computers running all day and consuming a great deal of electricity.

Given the climate crisis we face, it’s inefficient to run a network. Suppose miners have to purchase thousands of dollars of computer hardware and spend even more on electricity costs to issue new blocks. In that case, the network doesn’t offer much scalability. The Ethereum network has gained a reputation for being particularly slow and expensive (high gas fees).

Switching to a PoS network would alleviate these issues and reduce the network's carbon footprint. A PoS model is secured by validators who stake Ether (ETH) to validate network activity. The result would be a quicker, more energy-efficient network, offering better security and the chance to benefit from further upgrades on the network.

What Is The Merge?

The Merge is split into two parts, one of which has already happened. The first step occurred in December 2020, when Ethereum developers launched the Beacon Chain, which was done to assess a chain running in parallel with the already existing PoW consensus without compromising the network. Also, by doing this almost two years before the second step, stakers would have enough time to save up enough ETH to secure the new network. 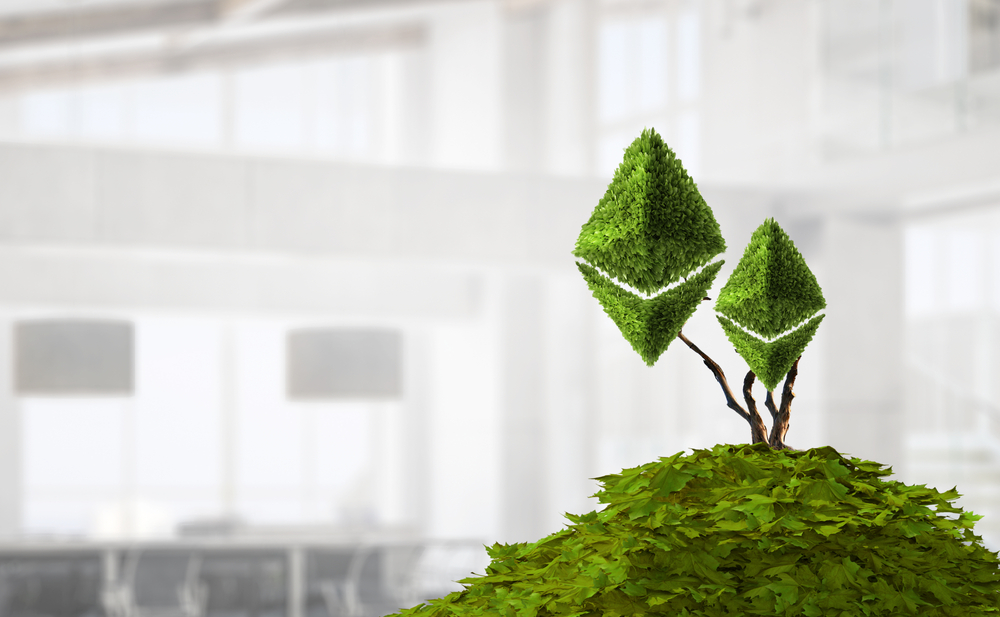 The second step, which is what we’re in the midst of now, is the point where developers merge the consensus layer of the Beacon chain with the Ethereum Virtual Machine (EVM) state of the Ethereum PoW chain. The EVM is often referred to as “the heart of Ethereum,” a virtual computer used by developers to create decentralized applications and dApps and deploy smart contracts on the network.

What Are The Implications To The Network After The Merge?

As we stated before, the reduction in the carbon footprint of the wider network will be the most significant difference. More accurately, the network will decrease by almost 99.95%, which is a staggering change.

There are various benefits to the change. The network will appeal more to investors and developers from an ESG compliance standpoint, especially as the cryptocurrency space becomes increasingly rigid due to stricter regulatory standards.

Secondly, the hope is that cryptocurrency moves towards mainstream adoption, and by complying with environmental standards, the network will be able to compete with other prominent PoS networks. Ethereum has become the first choice for many NFT, DeFi, and dApp projects, which have received much criticism due to the slow speed and high data consumption of PoW.

Finally, the merge will lay the framework for new updates to be added to the Ethereum ecosystem. To carry out seamless network updates only services to benefit Ethereum, with the main focus on partitioning data, known as sharding.

What Is The Risk Of The Merge?

As is the case with any new technology or software update, there are always risks involved. Many stakeholders and investors have raised concerns over the merge. But, for the most part, the benefits outweigh the risks if things go to plan.

The biggest concern is a denial-of-service (DOS) scenario. Because validators are the ones securing the chain, technically, there is a chance an attacker can find out who is next in line to validate the network and cut them off by taking their slot. This would allow the hacker to control the transactions that come with that slot. While a very improbable scenario, it is realistic and would compromise the security of the PoS network.

Given that DOS attacks are commonplace, Ethereum developers have already highlighted solutions to tackle the problem: a Secret Single Leader Election SSLE. It’s a complex process using cryptography that prevents the attacker from knowing which proposer is next in line.

When Will The Merge Happen And How Will It Affect The Price?

After experiencing numerous delays, pushing it back years, the Merge finally took place on September 15th, 2022. The price of Ethereum has dropped in the build-up to the merge, down 9% in the 24 hours and down almost 15% in the last five days, with the price hovering around 1,491 at the time of press. The price rose in recent weeks in anticipation of the event, which may explain the drop. Another factor to consider is Americans are asleep as the merge is happening, so the market may move once the US wakes up.

Nik is a content and public relations specialist with an ever-growing interest in Crypto. He has been published on several leading Crypto and blockchain based news sites. He is currently based in Spain, but hails from the Pacific Northwest in the US.

Growth in Altcoins, NFTs, and more from the Market Research Report