Purse.io is an American company and one of the early adopters of Bitcoin. Their business model was centred around cryptocurrencies - much before BTC prices flew off the chart. They first launched their Bitcoin Marketplace (V0.5) in April 2014 and upgraded to V1.0 seven months later in November. Initially, Purse was headquartered in San Francisco but later on relocated to Las Vegas in May 2019 and transitioned to fully remote operations.

According to Crunchbase, Purse raised USD 1.3 million from 5 funding rounds – of which USD 1 million was in 2015 from their lead investor, Digital Currency Group.

Purse.io is commonly referred to as a BTC payments facilitator. In simple terms, it is a peer-to-peer marketplace through which users can shop on Amazon using Bitcoin. The parties involved in any transaction are Amazon, Purse, the Shopper and the Earner. Here’s how the process works

Here’s an image of the Earners order book. 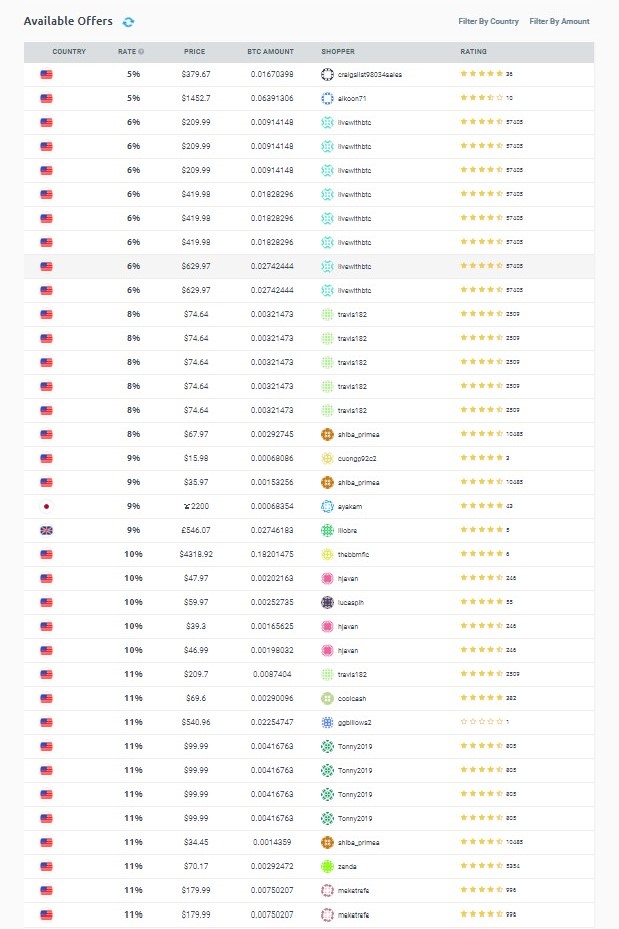 Converting gift cards to cryptocurrency is another product offering from Purse. Users can convert their Amazon gift card balances, points and credits earned in Mechanical Turk, Amazon Associates, eBates, Swagbucks, and other sites into crypto.

Initially, Purse supported only Bitcoin. But in April 2015, they entered into an agreement with the crypto exchange ShapeShift. With this partnership, Purse announced that it would also accept other cryptocurrencies as long as ShapeShift supports them. Some of the supported coins include majorly traded tokens like Bitcoin Dash, Dogecoin, Litecoin, Monero, Namecoin, Potcoin, Tether, Ripple and more.

Typically, crypto merchants levy a fee based on the transaction volumes or follow a subscription model. In case of Purse, users have much more control over the fee. They can choose from a wide range of orders depending upon the effective rate and their user level.

Purse does not charge any fee for using its wallet to send, receive or store cryptos. However, users will have to bear network fees.

Shoppers are also charged a minimal fee. This fee is shown when the shopper selects the discount rate on Purse.