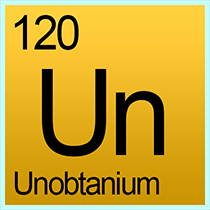 When investing in virtual currency, you need to do your research. We provide you with reviews of each world top cryptocurrency out there, so that you can find the best crypto coins to invest in for you. This review of Unobtanium Coin consists of four chapters: origin & background, financials, technology specification and pros & cons.

Unobtanium Coin is a cryptocurrency based on a proof-of-work (POW) algorithm and concentrated on a fair and constant distribution system. Moreover, the company has developed a market launch concept to keep the currency as low in inflation as possible.

Market capitalization of the Unobtanium Coin is USD 22 million.

The planned total capacity of the cryptocurrency is 250,000. Currently, miners have created 197,726 Unobtanium Coins. Since the company desires to keep inflation low and the distribution of coins reasonable, the following rule applies to mining. However, the reward for the first 2000 blocks was 0.001, from 2001 onward 0.0001.

Also, the minimum reward is 0.0001 (after 15 divisions). A total of 190,000 coins will be disseminated and 60,000 will be stored for continuous mining support. You can also use the following mining pools for mining: Multipool, ZPool, Cryptominer and Prohashing.

Moreover, the company manages to keep the currency’s inflation rate low with a maximum of 250,000 coins in total and a fair distribution system. The team behind the project announced the launch of the cryptocurrency on Bitcointalk.

Similarly, the first 1000 blocks mined were rewarded moderately low, so that miners had time to set up their tools properly. Besides, you can mine the currency in roughly the same way that you can mine Bitcoin. The developers use a safe and extremely complex blockchain that is three times quicker than Bitcoin’s one. The founder of the company desires to remain unidentified. In the internet, he is only recognized under the code name BLAZR2.

The algorithm used for Unobtanium Coins is the SHA256 proof-of-work algorithm. You can store coins through Unobtanium Wallets for Windows, Mac and Linux.