Bitcoin has displayed incredible growth following its launch in 2009. It only took a little more than a decade for Bitcoin to grow from an obscure software project to a globally traded asset with a market cap of $1 trillion. After the price of BTC peaked in November 2021 at just below $70,000, the cryptocurrency entered a heavily bearish period that has seen the BTC price plummet towards $20,000.

While it seemed very plausible that Bitcoin’s rally in 2021 could extend to the magical $100,000 mark, this price target seems out of reach for now. The looming uncertainties in the global economy and rising interest rates have made investors hesitant to park their money into speculative assets such as BTC, even though many Bitcoin diehards argue that it can function as a hedge against inflation. 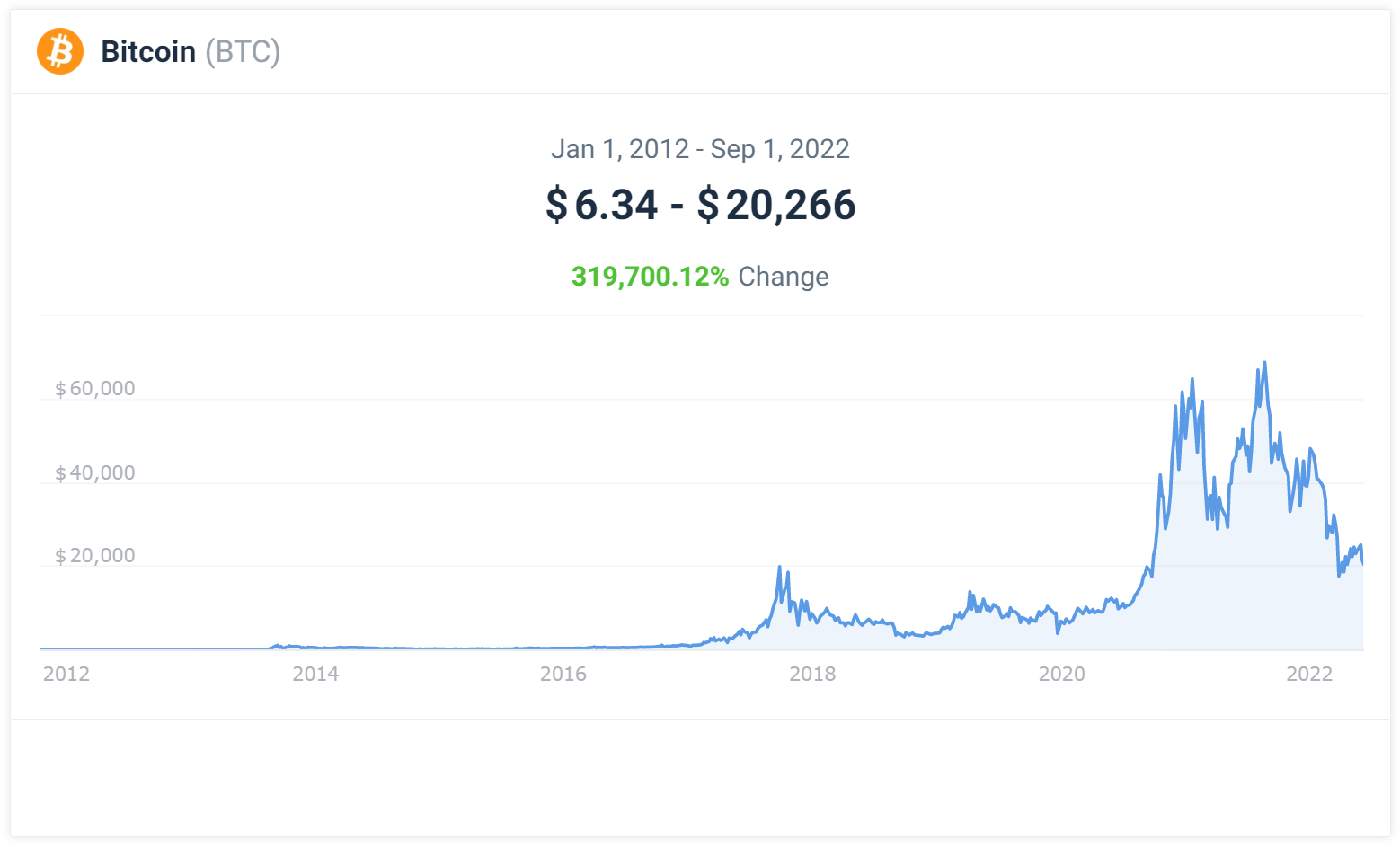 When making a Bitcoin prediction, it’s not wise to completely dismiss Bitcoin’s chances of reaching any given price level. When BTC dropped all the way down to $3,300 in November 2018, it was very difficult to imagine that its price would increase more than 20x and reach almost $70,000 just three years later, even though that is precisely what eventually happened.

At the time of writing, cryptocurrency market data provider CoinCodex predicts that BTC can reach a price of $101,410 in one year. Beyond various algorithmic Bitcoin price predictions, there’s also plenty of market experts and crypto industry insiders that believe BTC has what it takes to reach a price of $100,000 within the next few years.

Mike McGlone, a commodity strategist working at Bloomberg, expects Bitcoin to hit $100,000 by 2025. McGlone says that Bitcoin could become “one of the best assets on the planet” once the appetite for risk assets returns to the market. However, he also believes that Bitcoin will eventually transition to being a risk-off asset.

Antoni Trenchev, the CEO of cryptocurrency lending firm Nexo, believes that BTC could reach $100,000 much sooner. In April 2022, Trenchev said that even though Bitcoin’s short-term prospects appeared grim, Bitcoin would be a big beneficiary once the U.S. Federal Reserve pivoted to a more dovish monetary policy again.

In a report published in June 2022, Professional services firm PwC asked 77 crypto fund managers about their predictions for the Bitcoin price at the end of 2022. 42% of the participants in the survey predicted that BTC would trade between $75,000 and $100,000 at the end of 2022. We should mention that the survey itself was conducted in the first quarter of the year, before conditions in the cryptocurrency market took a turn for the worse.

Goldman Sachs analyst Zach Pandl says Bitcoin could hypothetically reach $100,000 over the next five years if its share of the store of value market increased to 50%. According to estimates from Goldman Sachs, Bitcoin had a market share of about 20% as of January 2022.

The role of the Bitcoin halving

If Bitcoin does make it to $100,000 in the future, it’s very likely that the next Bitcoin halving will play an important role in the rally.

When a Bitcoin halving happens, the amount of BTC that’s created to pay Bitcoin miners is reduced by half. This slowdown in the influx of new BTC is generally seen as a positive for existing BTC holders, and it means there’s less potential selling pressure coming from miners. Bitcoin halvings will continue to happen approximately every four years until the maximum supply of 21 million Bitcoin is reached. 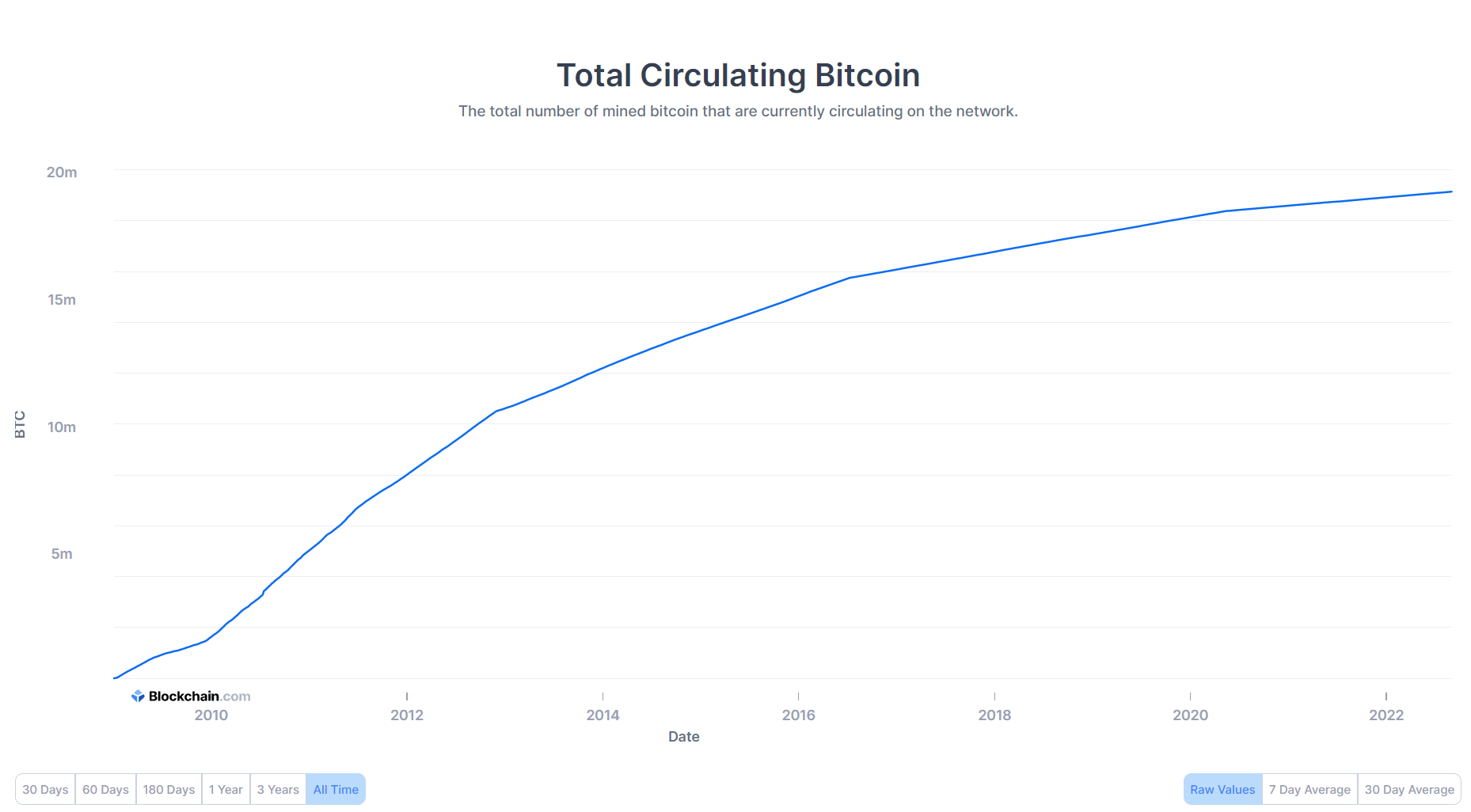 The rate at which new Bitcoin enters circulation is halved every 4 years. Image source: Blockchain.com

The next halving will reduce the Bitcoin block reward from 6.25 BTC to 3.125 BTC. It will be the fourth halving in Bitcoin’s history, and will happen in 2024 unless something very unexpected happens.

The exact date is not known, as it will depend on how fast the Bitcoin blockchain is adding new blocks. However, current estimates suggest that the fourth Bitcoin halving will most likely happen in May 2024. BTC has usually performed well after previous halvings, which is why many Bitcoin investors are making an optimistic Bitcoin price prediction for 2024 and 2025.

DISCLAIMER
The views, opinions and positions expressed in this article are those of the author alone and do not necessarily represent those of https://www.cryptowisser.com/ or any company or individual affiliated with https://www.cryptowisser.com/. We do not guarantee the accuracy, completeness or validity of any statements made within this article. We accept no liability for any errors, omissions or representations. The copyright of this content belongs to the author. Any liability with regards to infringement of intellectual property rights also remains with them.