Cryptocurrency is one of the biggest breakthroughs in computer technology of the decade. It came with the core ideology that a currency should be developed that has cryptography at the core of its existence, instead of governments and banks regulating it physically. The virtual aspect seemed off for some but they were left in awe by the superior security and traceability presented by Blockchain, a cryptography system of record keeping. By utilizing Blockchain mechanisms, transactions have been more secure than ever possible. Every single "coin" or currency element is traceable and securely sent across the internet. Many different technologies have taken on several cryptocurrencies as alternate methods of payment.

The most notable of these is the gaming industry, which has heavily deployed cryptocurrencies and other Blockchain technologies such as NFTs. However, cryptocurrencies are highly volatile in terms of pricing and value. This is because the value of any cryptocurrency can be brought up by a simple tweet from an influential person, or thrown down due to acts and laws enforced by a certain government. The most prominent scenario is that of the most popularly known cryptocurrency, Bitcoin.

Bitcoin rose to heights, far beyond speculation from when it was first introduced. Soon, other cryptocurrencies were also introduced in the following years, which include Ethereum, Ripple, Dogecoin, Binance, and Litecoin. These cryptocurrencies also gained their rise and fall but have not risen to the same heights as Bitcoin and neither is it expected that they would anytime soon. This is attributed to how Bitcoin has survived several crackdowns and other obstacles in its path. China, most notably, has enforced a soft ban on cryptocurrency exchanges in 2013. China's central bank presented the ban to financial institutions particularly emphasizing the ban to be for the handling and exchange of Bitcoin. The ban has, however, not been much enforced upon and thus not been very impactful for investors. A stronger ban followed, generalized overall cryptocurrencies being banned in 2019; however, they still have remained in work through international online platforms.

However, in 2021, China started several strong crackdowns against all entities involved with cryptocurrencies. This included people involved in mining cryptocurrencies, as well as those who exchanged these cryptocurrencies, held them, and carried out transactions. According to the most recent statement of the People’s Bank of China, "Virtual currency-related business activities are illegal financial activities." Further on they warned others of the potential dangers it poses as it "seriously endangers the safety of people's assets". One crackdown that took place around April 2021 and beyond was targeted towards Bitcoin miners. This plummeted the prices of Bitcoin from a peak of $60,000 approx. down to around $33,000 in early July 2021.

These reinforced bans and crackdowns also brought a huge shift in the energy used by miners globally. Bitcoin mining accounts for vast energy resources, and China, despite all prior odds, has been a big market in the cryptocurrency world. It accounted for around 75% of the total energy used in the world for Bitcoin mining, back in September 2019. After the crackdowns in April 2021, China now accounts for 46% of the world's Bitcoin energy use; roughly a half of their peak usage.

From the surface, all these ups and downs may seem to only affect those investing in cryptocurrency. However, the damage is far greater than what meets the eye. Cryptocurrency mining, for instance, got affected by the crackdown. This in turn had its impacts on the gaming industry – something that was not positive for gamers in general and PC gamers in particular. 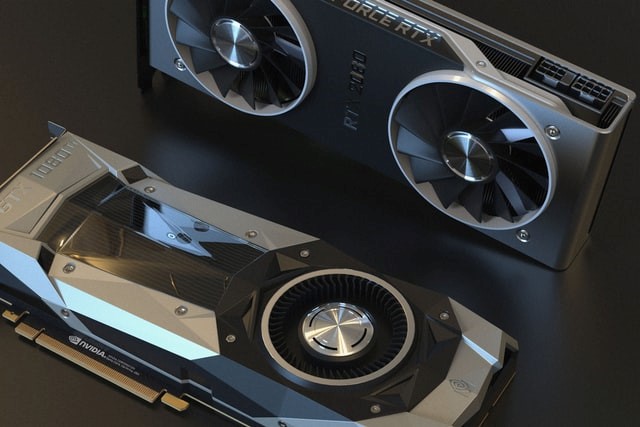 We will keep things simple, without the technicalities, and let you know briefly how mining is done and how does that affects different communities and industries. Cryptocurrency mining requires high-end computer systems with great processing power; something that is no longer achievable with a standard CPU alone. This is usually achieved through the conventional use of graphic cards, or in less common cases, FPGAs and ASICs. However, like your standard PC, a mine does not simply employ one or two graphic cards; hundreds or even thousands of graphic cards are used simultaneously for the process of mining certain cryptocurrencies. This process consumes a huge amount of power and generates a great deal of heat as well. This is why the crypto mines are often heavily cooled rooms to prevent the systems or hardware from shorting out or malfunctioning.

Cooling the systems also employs a great deal of power, alongside what the systems themselves consume. This raises concerns amongst environmentalists in particular that crypto mining and cryptocurrency are a threat to the planet, as they cause far too much harm to the environment’s natural resources than what they contribute. A greater requirement for power leads to greater power generation, which indefinitely leads to a greater amount of carbon emissions into the atmosphere.

The natural environment is not the only element taking the toll, however. With the increase in cryptocurrency mining, several sectors of technology have been affected due to high demands and various other factors. Gamers in particular have faced a backlash due to all this. Gaming PCs have always been rather pricey to build, and with the gold rush for crypto mining involving high-end graphic cards, they too have soared to new heights of prices. Many new releases by AMD, such as the RX 400 and 500 series, quickly ran out of stocks and were short in the markets worldwide shortly after release. This has been an ongoing issue since 2011 when graphic cards had become a staple for crypto mining, and even with the more efficient ASICs (Application-specific integrated circuits) introduced, several crypto coins call for graphic cards as the primary powerhouse for crypto mining.

So how does this associated with the crackdowns in China? The shortage of graphic cards was one problem, but the market soon after filled up with graphic cards that were drained to the maximum extent of their life for usage. These cards were in working conditions, but reached their limit from extensive mining, and sold for much higher prices than usual. Gamers, who bought these knowing the market scarcities, often, came to a loss when these cards went out and stopped working after short periods. This led to chaos for gamers and individuals who worked with correlating industries such as video rendering, animation, and the related, also ended up with losses and difficulties on their end.

Cryptocurrencies have taken their way to benefit the gaming industry in many ways. Gamers have turned to millionaires holding NFTs worth more than one can imagine. Several online markets, such as Gamecamp.gg and others dedicated to gaming, as well as general online stores such as Amazon, have benefitted from cryptocurrencies directly or indirectly and accepted them as a mode of payments. However, this Blockchain technology is rather new and still serves to be a double-edged sword, especially for those who play along carelessly without taking precautions along the way.