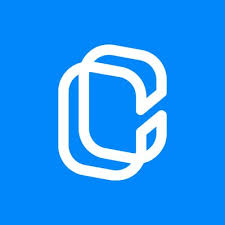 Find the exchange with the lowest fees, best methods for depositing or your geographical area and start trading Centrality Coin

So you've made a little Centrality Coin and now you want to spend it? These are the places to do it!

Find the wallet that suit your security, ease of use and anonymity needs for Centrality Coin.

When investing in virtual currency, you need to do your research. We provide you with reviews of each world top cryptocurrency out there, so that you can find the best crypto coins to invest in for you. This is a review of Centrality Coin.

Centrality is a venture studio, which partners with foremost innovators in different industries to generate a marketplace of applications. These applications enable consumers to control their daily tasks and experiences through peer-to-peer transactions. All of this is possible via just one login and with the help of the blockchain.

The company happens to be one of the foremost blockchain venture studios worldwide. It is made up of a team of 75 people located in Auckland (New Zealand), Melbourne (Australia), Singapore (Republic of Singapore) and London (United Kingdom). There is also a global network of investors backing Centrality’s activities. The company has the ambition to help the world transition to the blockchain.

Can those Outside Auckland Take Part in the Program?

The program is open to anyone from around the world. The team would for some reason in any event prefer if you were based in Auckland. That does not mean, however, that anyone is going to be turned away from participating. Requests from those from abroad will be processed on a case-by-case basis. If you feel you have something to take to the table, do not be anxious to contact the Centrality team.

Unlike other incubators and accelerators, Centrality Venture doesn’t only help you pitch ideas to investors. When tagging on to the Centrality ecosystem you will (hopefully) receive a lot of benefits. Also, Centrality are in essence investors. The objective is to make sure that you can expand a business proposal with the vision of integrating it into the Centrality network.

Will You Keep Control of the Business if you sell 20%?

The general description in the startup space is that fairness investment frequently distracts a venture from its unique mission. In addition, the story indicates the venture capitalists wrestle control of the vision from the founder. While this story may have some basis in actuality, the Centrality Ventures is not your usual VC and will not abuse your vision. At least they say they won’t.

If you have concluded that this is the coin for you, congratulations! Buy Centrality Coin here.