For anyone who grew up listening to the stories of the Lochness monster in Scotland, you know exactly how much fun it was to listen while mom or dad slowly spoke about the wild monster in the lake that would jump out to gobble up everyone on the seaside. Right now, NFTs and NFT art specifically, are the Lochness monster of the crypto world and they're seriously eating everyone else's lunch. In the last few weeks, most of us in the cryptoverse have been blown away by how NFT art has literally exploded into the mainstream and even featuring on Saturday Night Live!

Things change Ferrari-fast in the crypto world, and as more and more mainstream investors, artists, and institutions flood into this pace, there will be even more parabolic jumps in different niches of the space from NFT marketplaces to NFT tokens and NFT art, everything will get exposure in its due time. Now, the key thing is, how do you get exposure to the hottest NFT projects in the crypto world right now that have the highest potential? Have a look below and let's get right into our list of the top 5 NFT projects.

The Ecomi company is the brainchild of David Yu and Dan Crothers, and assisted by the infamous Alfred Khan (think Pokemon), three masterminds of the traditional collectible space who envisioned licensing famous characters from Batman, Spiderman, Star Trek, Back to the Future, and a host of other well-known names and turning them into NFT art that could be sold in their premium licensed marketplace - VEVE.

After quietly building their platform through the bear market, the VEVE app was suddenly unleashed onto the crypto world at the beginning of 2021 and hasn't stopped its rampage ever since. OMI, the native NFT token that powers the backend of the VEVE app, has exploded by over 2500% in the past 3 months leaving investors slack-jawed at the speed of adoption the platform has received from the mainstream collectible community. 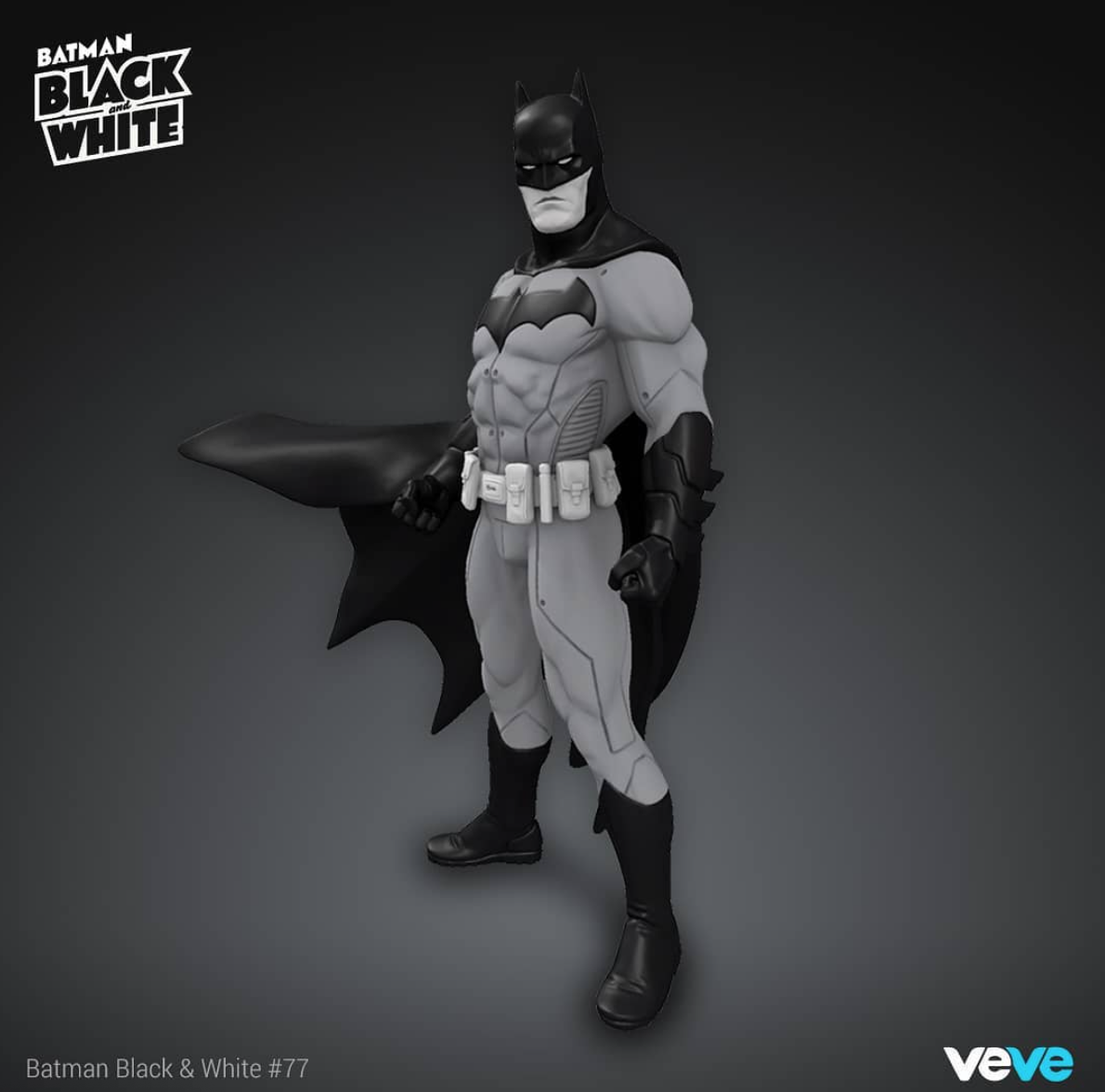 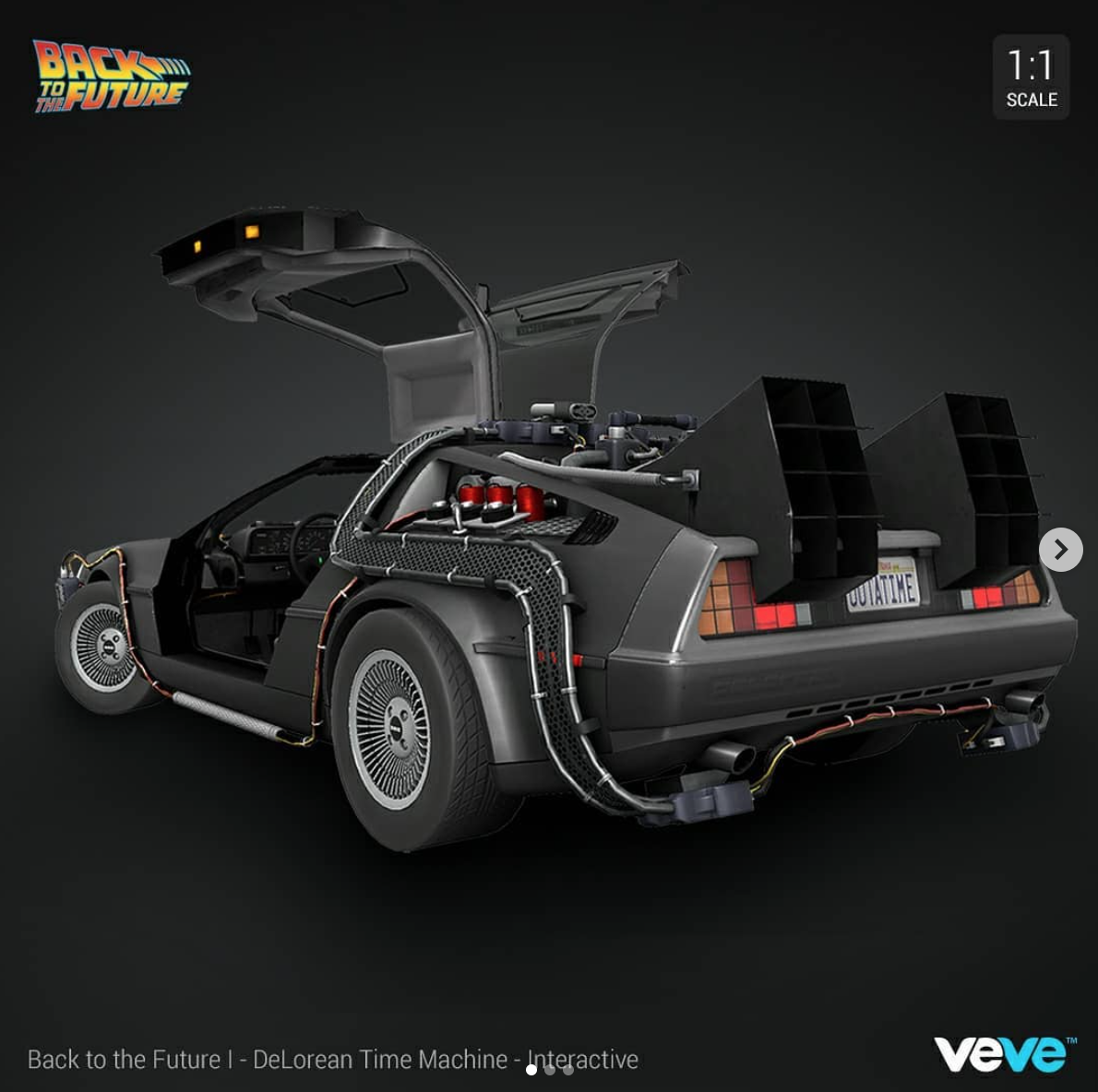 At the time of this writing, literally EVERYTHING in the VEVE NFT marketplace is sold out and the app is ranking right after Disney in the Apple App Store. The key success of this NFT marketplace is that it doesn't rely on prior crypto knowledge or exposure at all. Anybody can download the VEVE app on IOS or Android, purchase Gems (like stablecoins pegged at $1 each) and proceed to buy their favorite characters in NFT art format. The app also allows you to swap NFT art collectibles with friends, resell them on a secondary market built into the app, and see the NFT in an augmented reality format. Imagine going into the DeLorean and seeing the detail of it up close!

One key strategy of the VEVE app is hiding the background blockchain infrastructure from the regular user and allowing them to enjoy the benefits of the technology minus the complexity of interacting with it. This has really lent to the VEVE app's success in the past three months. The VEVE app and its native OMI NFT token, look like they are setting up to be major players in the NFT marketplace wars that are heating up day by day.

Growing up as a kid and watching Michael Jordan, Kareem Abdul Jabbar, and Larry Bird destroying other players on the court, I was absolutely blown away when I encountered NBA top shot and how well they have played the NFT art game in 2021. Needless to say, whenever any platform, product, or item gets massive fame and the wealth that usually accompanies it, there will be a million other copycats flooding in trying to offer crapy alternatives and cashing in on the hype. The NFT art and collectibles space are no different, but like all true excellence, it always rises to the top and gets recognized for what it is. 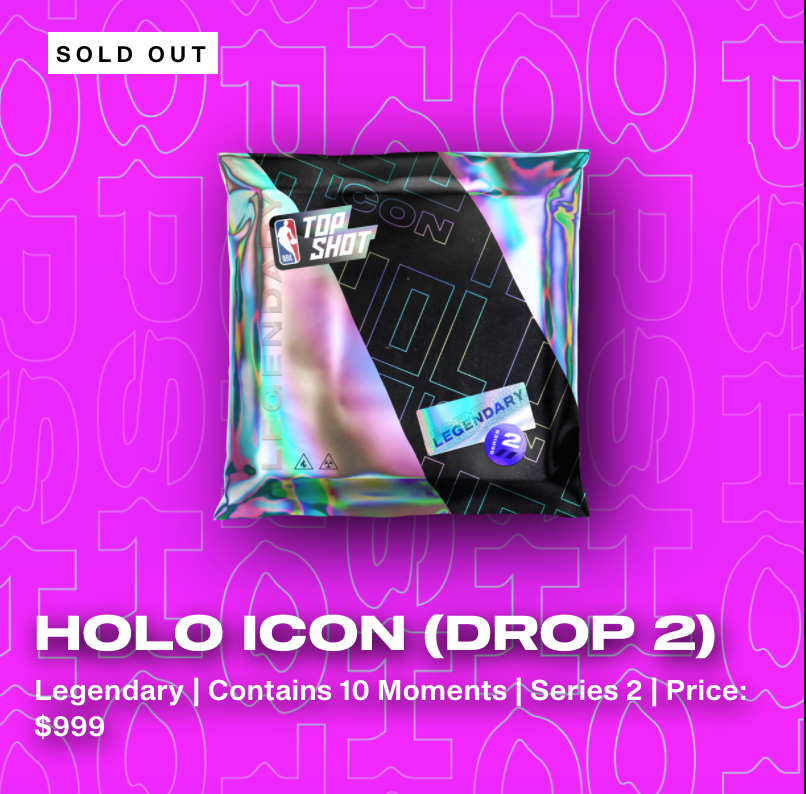 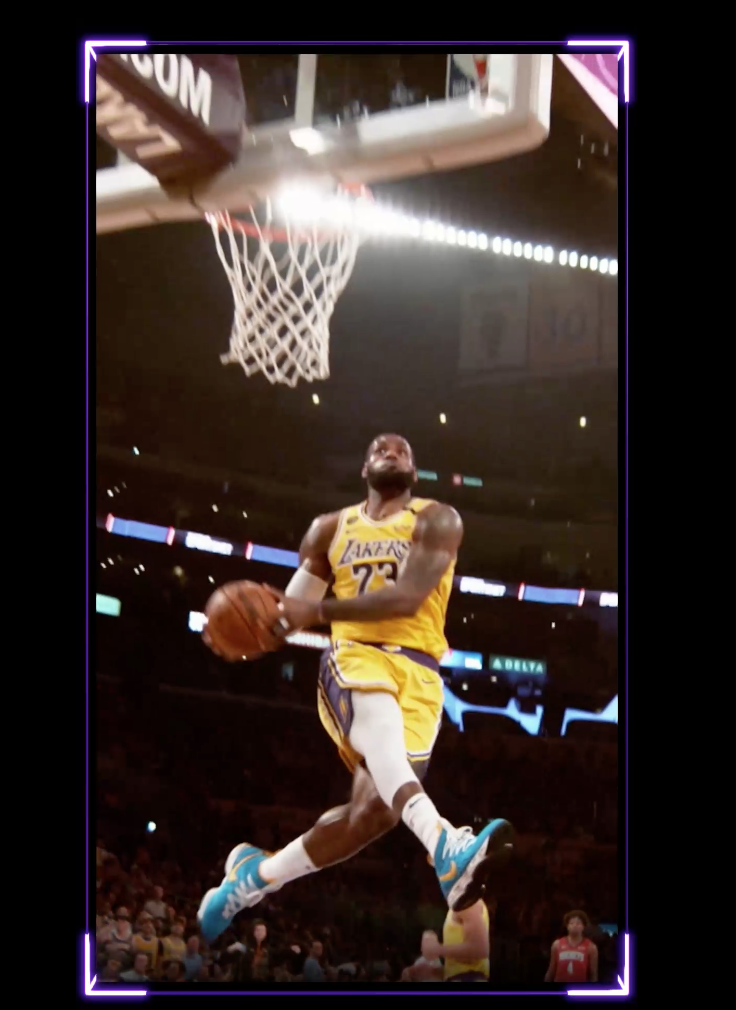 NBA Top Shot allows anyone to buy the most fantastic and memorable moments through the many years that the NBA has brought happiness and excitement to fans, and store those moments into your personal showcase you can flaunt to your friends. The concept of NBA Top Shot is just fabulous, and the moments they capture are truly remarkable pieces of history you can relive and talk about around the campfire for years. The platform has taken the world by storm because, like VEVE, it doesn't rely on previous crypto knowledge for users to get the full benefit of the blockchain tech that it's built on. This allows for mass, mainstream adoption and thus, a boom in the NFT token price.

It should come as no surprise to any of you reading this that, FLOW, the NFT token powering all this has skyrocketed in value of the past three months and that many of the current offerings on the platform are entirely sold out. NBA Top Shot is a massive player in the licensed NFT marketplace game and is a great bet for those who wish to get exposure to one of the hottest NFT tokens on earth.

Whenever we speak about NFTs the inevitable first thought goes towards NFT art and NFT marketplaces, but one of the most amazing new innovations in the NFT space is how other things can be tokenized and assisted through blockchain technology. Music is one of those things undergoing a revolutionary shift through NFT tokens and blockchain tech. In this space, AUDIUS, and their platform NFT token, AUDIO, has emerged as the T-rex of the tokenized music revolution, empowering artists and making sure they get the lion slice of the money that comes out of their effort to create something beautiful for us to enjoy.

In the traditional music industry, that isn't the case. Music platforms control artists and take the majority of profits resulting from their effort while leaving the artists with little more than a sliver of what the music executives are enjoying. It's a shameful situation, and AUDIUS is making bold moves to change that, empower artists, and allow them to directly connect with their fans through the platform.

The AUDIUS platform is managed by a solid-gold team of audiophiles who love the business and truly want something new for artists. And their advisors, wow! The team of advisors are names like Deadmau5 (Electronic music producer), Justin Kan (Co-founder Twitch), Bing Gordon (co-founder EA Games), and a list of other heavyweights you do not want to mess with. Considering all this, it's no surprise again that the AUDIO NFT token has blown up in the past few months. So if you're looking to diversify yourself outside of NFT art and NFT marketplace tokens, then the AUDIO NFT token might just be the right match for you.

Great article Aniekan U. I’m new to NFT’s and a good friend of mine just forwarded the link to this article on to me. Very informative indeed! I look forward to more article by you.