The booming Bitcoin prices played a key role in popularizing blockchain technology across the globe. Although Blockchain technology was first conceptualized in the early 1990s, it came to the forefront after the Global financial crisis of 2008.  This was when the first cryptocurrency was launched. Blockchain gained much more traction in 2020 – which is also referred to as the year of DeFi (or Decentralized Finance).

This post gives you an insight into Accumulate Network – a Universal Layer 2 Blockchain that functions on the Proof-of-Stake mechanism.

A brief history of Accumulate Network

Austin-based blockchain innovation company, Factom Inc, was founded back in September 2015. Paul Snow was the CEO and the Chief Architect of Factom Protocol and also co-authored the Factom whitepaper.

The Factom protocol acts as the nucleus on which the Accumulate Network is built. Paul Snow designed this protocol in a new and unique configuration with an emphasis on data and identity. As of Q2 2021, Factom held more than 40 patents and Snow was named as an inventor in many of them.

Factom was acquired by New York-based financial services company Inveniam Capital Partners Inc in August 2021. As part of the acquisition deal, Factom’s portfolio of blockchain patents is now owned by Inveniam. This has positioned Accumulate Network’s parent company as the 8th largest blockchain patent holder among companies based out of the United States in Q2 2021; ranking ahead of industry stalwarts like Microsoft, Fidelity Investments, Capital One, and Bank of America. Here's an image of the leading blockchain patent holders. 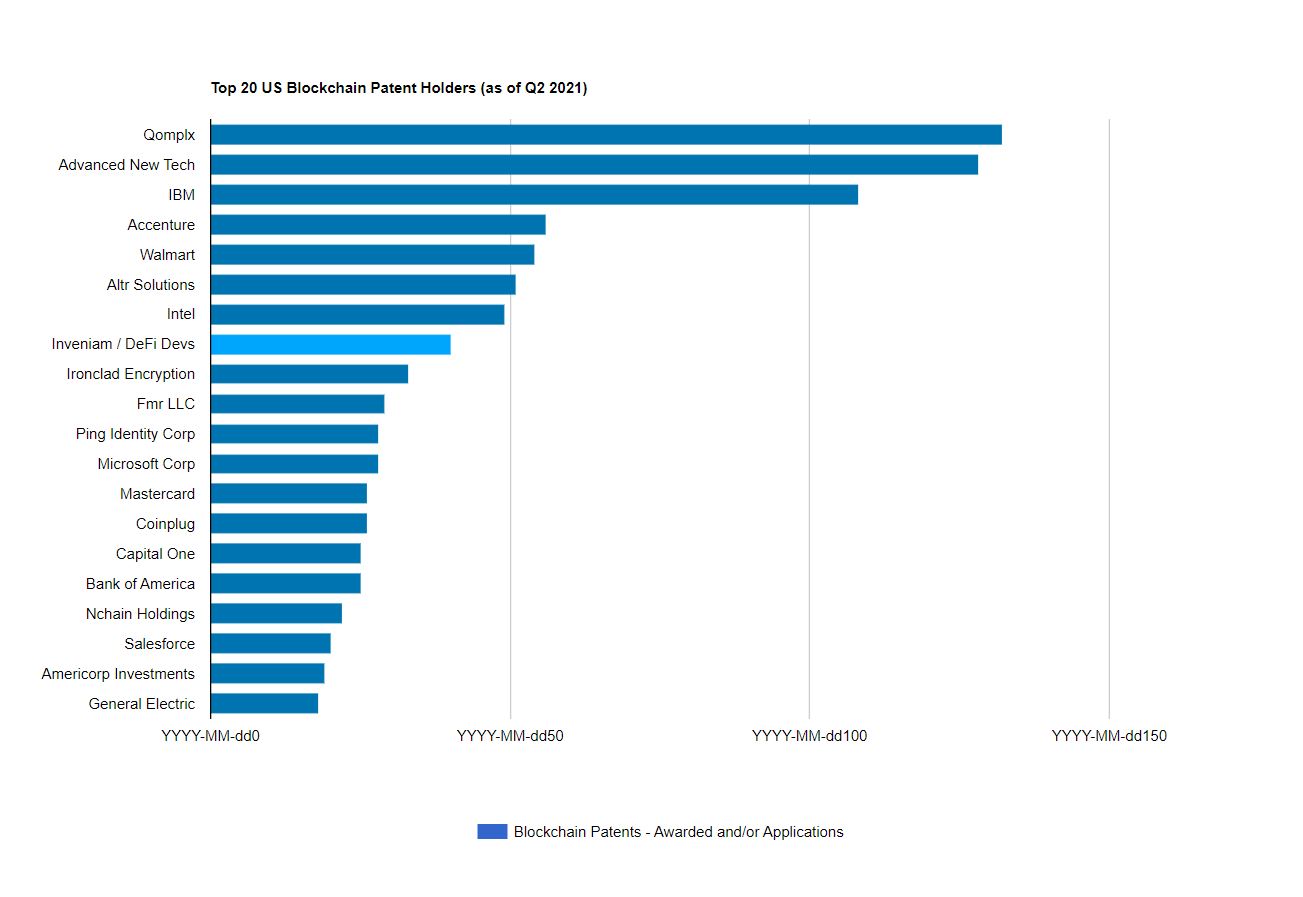 Currently, Paul Snow is engaged as a Chief Blockchain Scientist and former Factom COO Jay Smith is associated as a Distinguished Engineer with Inveniam.

The Accumulate Protocol lite paper was published in September 2021. According to this document, it is an “identity-based, delegated Proof-of-Stake blockchain designed to power the digital economy through interoperability with Layer 1 blockchains, integration with enterprise tech stacks, and interfacing with the World Wide Web”.

It uses an ADI functionality (Accumulate Digital Identifiers) to validate every additional layer on the blockchain, thereby addressing many of the potential setbacks for decentralization, scalability and security. The hierarchy of keys defines the identities on the blockchain instead of native tokens. This makes the key management much more flexible and also facilitates developers in creating independent chains. These independent chains are capable of processing and validating blocks parallelly on the Accumulate Network.

Here's an image of how Accumulate Network fares in comparison to other blockchain networks.

The network is designed to incorporate other innovative features like a Scratch Space to build consensus and an Anchoring feature for heightened security.

As mentioned above, Factom’s technology forms the core of Accumulate. However, Accumulate raises the bar by a few notches when it comes to performance levels. This high-performance blockchain places more emphasis on the user’s identity instead of the data or tokens on the network. 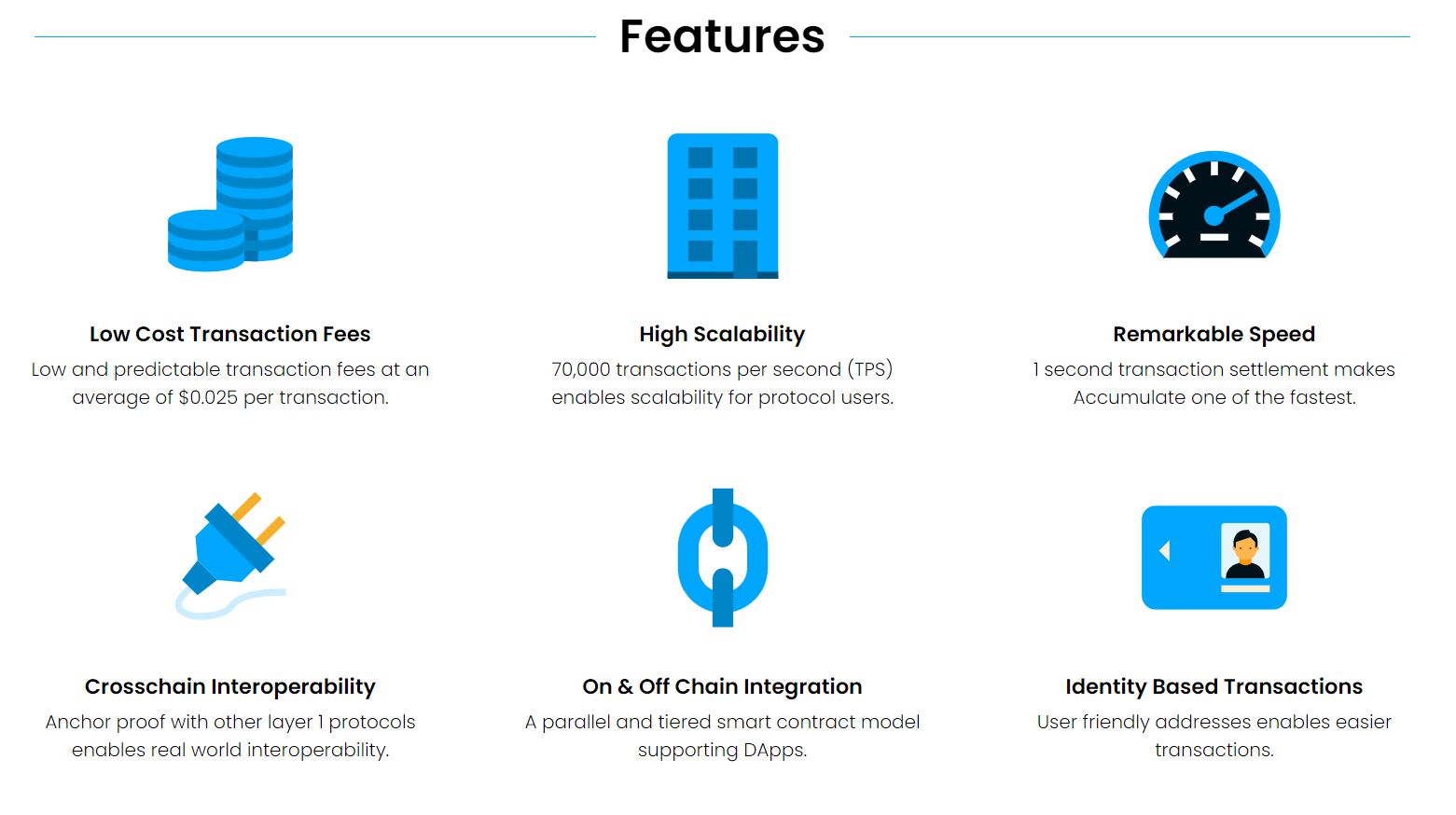 The Accumulate Testnet 1.0 Rialto launch was officially announced in the first week of November 2021. Many of the features on the testnet aim to power DeFi and DApps. And since it is a Universal Layer 2 Blockchain, it is interoperable with protocols designed for Layer 1 blockchains.

Some of the features of the Accumulate testnet include

Here’s a short video on how to use lite accounts on the mobile wallet application.

Accumulate is in plans to launch additional features like

Accumulate’s mainnet launch is planned for the first quarter of 2022.