The 2020 US election is now less than a month away, but with an air of uncertainty still lingering over who will win there’s still a long way to go before we have a clear picture of the outcome. Political forecasters and polls are projecting a clear lead for the Democratic candidate Joe Biden, but the coronavirus pandemic has raised a lot of questions about how the election results will be affected.

The speculation and media attention surrounding the election can become tiresome, so we at BC Game decided to honor this historic moment by launching our own election, but with a BC Game twist! The TB Battle is now live - get involved to win your share of a huge prize pool of Bitcoins!

The game is simple and requires no calculated voting. Instead, players are required to place bets, which will vote for them. Rather than Trump vs Biden, the TB Battle will be a battle between candidates Tredump and Bidgreen!

The rules are as follows; Vote for who will win. The winners will split 12+ Bitcoin between them. All players who wager on the TB Battle on the crash red and green game (trenball game) will receive rewards.

The battle is well underway, having started on 13 October 2020 and will run through until the final result of the presidential election is announced on November 3, 2020 (3:00 UTC). Anyone who is a BC Game player will be eligible to play.

As we mentioned before, participation requires players to try to collect Tredump Coin and Bidgreen Coin in the crash red and green game at BC Game. As we close in on the date of the election, there will be weekly updates and eventually a final ranking of events which will decide who gets their hands on the Bitcoin rewards!

What do I need to do to play?

There are 5 simple steps to playing the TB Battle Game, which centre around collecting Tredump (T) Coins and Bidgreen (B) Coins. The rules are as follows: 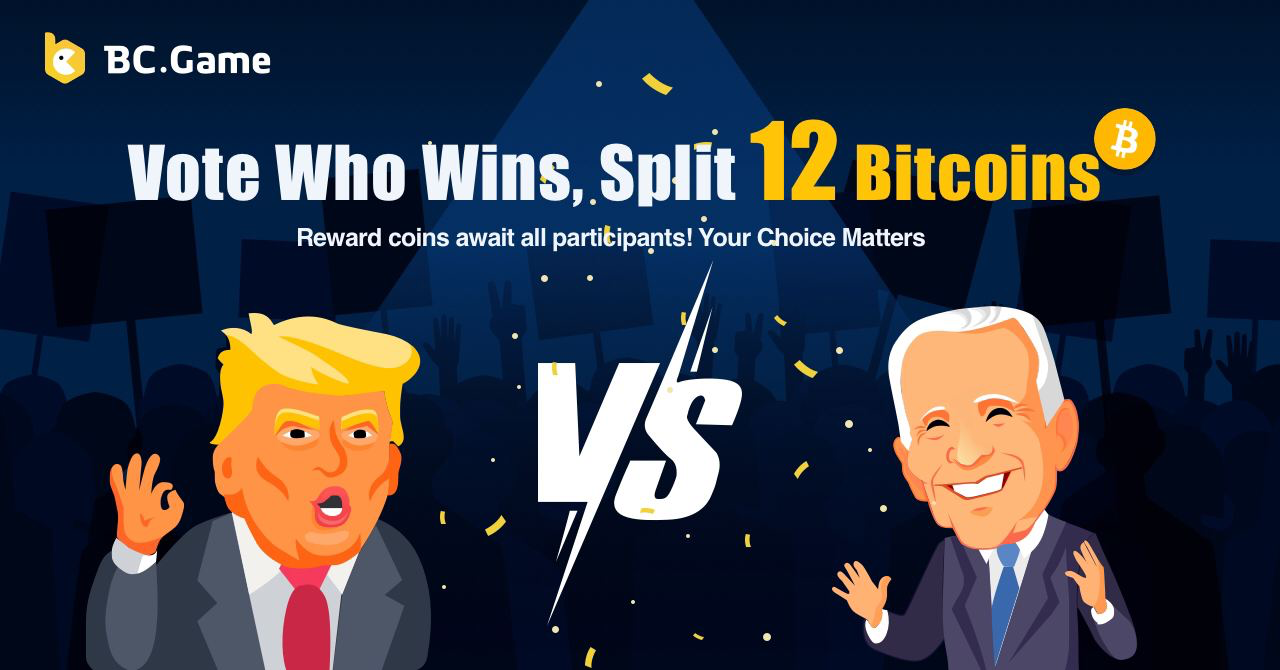 What can I win?

There are a range of prizes up for grabs, not just for those players that make it to the final round. Let’s dig a little deeper into what’s waiting to be won before the election.

There will be a weekly prize pool, which will be available at the end of each week and is based on the accumulated amount that has been wagered during the TB Battle event. Simply, the more players that bet, the bigger the prize pool grows.

As well as that, there will be weekly ranking rewards, which are calculated every Monday at 03:00 (UTC). At which point, the previous week’s ranking rewards will be distributed and can be claimed from the notice page on site. These winners will be decided based on the weekly top 10 highest T Coin & B Coin holders. A total of 20 players will be awarded the crash red and green game weekly prize pool.

That’s not all! There will also be a total prize pool, which, much like the weekly prize pool, is based on the total players’ wager during the TB Battle event. As players bet more on the event, the more the pot grows!

Finally, the event's final reward! The winners will be decided based on the top 50 highest T coin and B coin holders, with a maximum of 50 winners. The rewards will be split up between the crash red and green game total accumulated prize pool.

This is where the real election comes into play! So, the winners will be decided by the outcome of the actual election; if Trump wins T coin holders will win and if Biden wins B Coin holders will win! The top 50 in the rankings will get an equal share of the Bitcoin (BTC) from the total prize pool amount of the total sum wagered during the TB Battle event.

And that’s it folks! Do be aware that any attempts to cheat the system through activating fake/multi accounts will not be considered in the final tally!

So what are you waiting for? Join now!