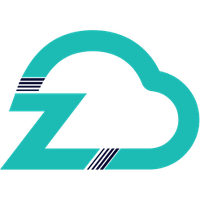 UPDATE 27 January 2021: When trying to find the project website of Zephyr Coin project today, we were unsuccessful. Considering a number of different circumstances in relation to this project, we can't draw any other conclusion than that the project has closed down.

In order to find another cryptocurrency to read up on and maybe purchase, please refer to our List of Coins.

When investing in virtual currency, you need to do your research. We provide you with reviews of each world top cryptocurrency out there, so that you can find the best crypto coins to invest in for you. This review of Zephyr Coin consists of three chapters: origin, technology and pros & cons.

A company named Bitspark Limited works as an online platform for cryptocurrency and Bitcoin trading. It launched in 2014 and has its headquarters in Pokfulam, Hong Kong. This allows the users to make transactions online like paying bills and sending money. Bitspark is serving individuals and businesses all over the world.

The same company created Zephyr, as a reward token for Bitspark’s global cryptocurrency payment network. This enables more than 180 cryptocurrencies fixed against a fiat currency in almost every jurisdiction in the world. It’s giving people and businesses the advantage of operating without a bank account. Also, Bitspark is switching to Bitshares instead of Bitcoin for making international and domestic payments. The introduction of Zephyr is going to play a key role in strengthening the Bitspark’s remittance network.

In order to understand the working of the Zephyr coin, consider a money transfer operator (MTO). There are certain benefits of switching to Bitspark like an encouragement of receiving Zephyr Coin while signing up. Here, it is worth noting that Zephyr Coin is worth real money. Every MTO who makes a successful transaction will be given a Zephyr as a reward. In addition, when a sendy top up agent successfully tops up other sendy users, he or she will also be rewarded with a Zephyr. This is quite an incentive for Sendy users and MTOs to join the Bitspark remittance network. Of course, who wouldn’t want to join it when you get paid for even joining it!

Zephyr is a reward token for those users of the Bitspark who do financially helpful actions for the Bitspark remittance network. The actions that entitles to a reward include: