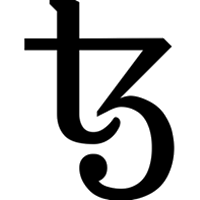 All the latest news about Tezos

The Tezos team announced via Twitter on Monday that it has activated its 12th upgrade, the Lima upgrade.

Tether (USDT) Launches On The NEAR Network

Tether, the team behind the USDT stablecoin, announced via a blog post on Monday that its USDT is now available on the Near network.

Find the exchange with the lowest fees, best methods for depositing or your geographical area and start trading Tezos

Want to leave your cash at home? These cards support Tezos.

So you've made a little Tezos and now you want to spend it? These are the places to do it!

Find the wallet that suit your security, ease of use and anonymity needs for Tezos.

When investing in virtual currency, you need to do your research. We provide you with reviews of each world top cryptocurrency out there, so that you can find the best crypto coins to invest in for you. This is a review of Tezos.

Tezos is a safe, future-proof smart contract blockchain with an integrated consensus method. The organization behind the blockchain wants to set up a “new digital commonwealth” using that consensus system. Also, the objective is straightforward. The platform can amalgamate new development over time without risking hard forks that split the market.

Tezos is its own blockchain, developed from the ground up. It’s not based on any other blockchain.

In addition, one of the benefits of the Tezos blockchain is that it depends upon a less power-hungry algorithm than Bitcoin or Ethereum. The algorithm is less computationally rigorous and less power-consuming but it still uses a dependable proof-of-state consensus algorithm.

The eventual ambition of Tezos is to build a blockchain technology that works better than Bitcoin. It wants to give users financial incentives for upholding consensus on their ledgers. No blockchain has an on-chain method that rewards improvement. Tezos wants to be that blockchain.

How Does Tezos Work?

Tezos works in a parallel way to other blockchains. The key improvement here is how new additions are added to the blockchain. Here’s how that works:

When a developer proposes a protocol upgrade, he can attach an invoice to be paid out to his/her address. Also, this approach provides a strapping incentive for participation in the Tezos core progress. Developers obtain tokens as reimbursement for their work. Those tokens have immediate value. That means that developers do not need to search for corporate sponsorship, foundation salaries, or work on internet fame alone.

Moreover, Tezos uses formal proofs to confirm that key properties are upheld over time. Through this procedure, it can add new technical innovations rapidly while also enforcing a kind of constitutionalism. Hence, Stakeholders can synchronize projects on-chain. Finally, the blockchain enables for the creation of bounties.