For a new project, Aptos has attracted considerable attention from the crypto industry. Thanks to Blocto's user-friendly app experience, the network looks to have taken a step closer to achieving its goal of supporting one billion global users with its ongoing integration.

The user-friendly Web3 wallet Blocto is rapidly progressing through its Aptos network integration roadmap. The app, created by parent company porrto, is already among the network's top validator node operators. 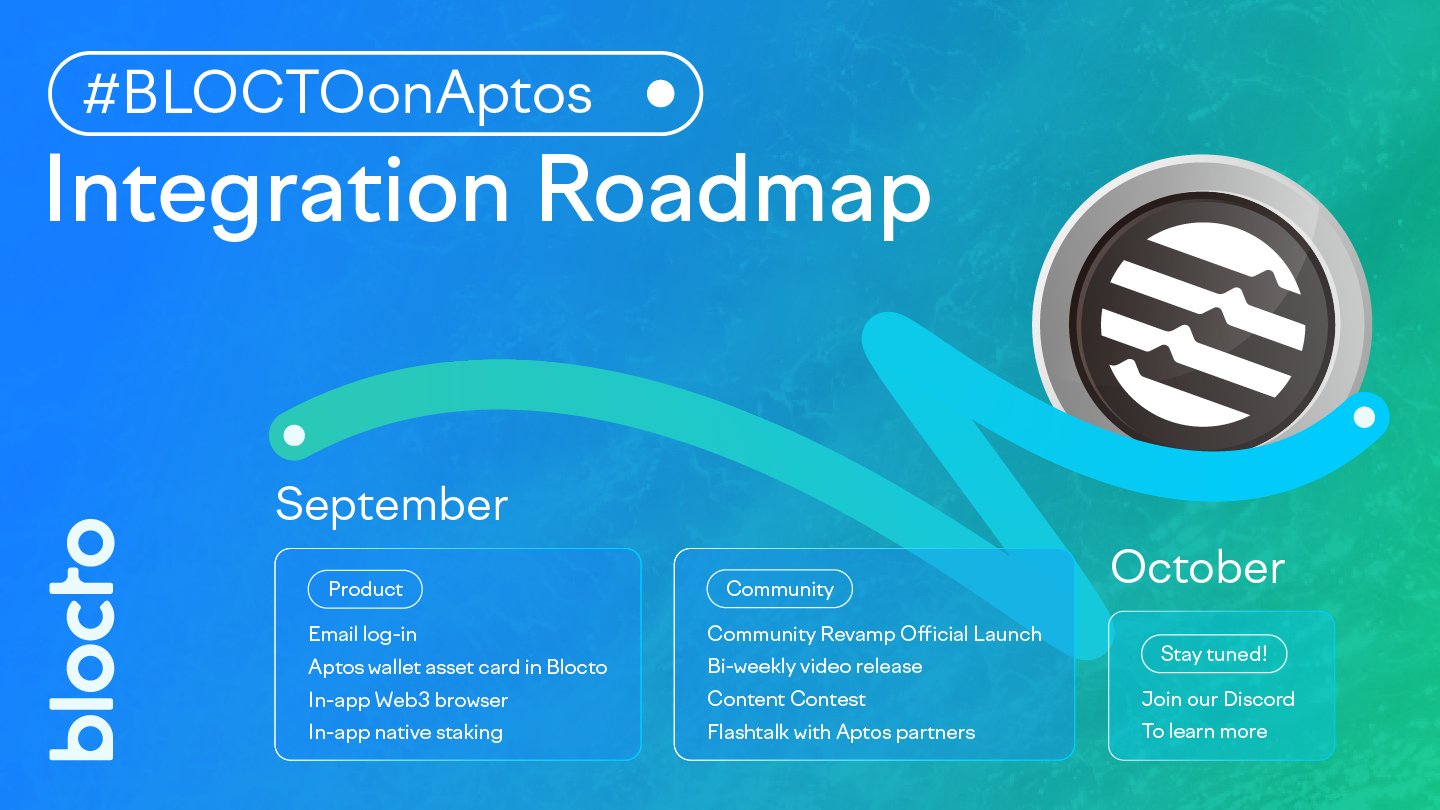 Meanwhile, development is underway to include an asset card; enable the deposit, withdrawal and transfer of fungible and non-fungible tokens; support Web3 browsing and native staking; and add a Web SDK and wallet adapter integration within the Blocto app.

Additionally, the team is working on securely bridging the Blocto ecosystem's native governance and utility token, BLT, to Aptos. Future integration updates will see an app and Unity SDK rolled out, and an extension wallet included in Blocto.

The move to support Aptos follows a Blocto on-chain community governance vote held on Aug. 5 using BLT. Participants voted unanimously in favor of the motion with more than half signaling support for the maximum seven million BLT token allocation to facilitate the integration.

Aptos Labs has previously stated that its mission is to build a blockchain capable of onboarding the next billion users to Web3. Alongside innovations like parallel transaction execution and support of the highly secure Move programming language, its ongoing Blocto integration should help the network achieve its goals.

Aptos: Impressing the "who's who" of blockchain investors

Founded in 2021 by former Diem researchers and developers, Avery Ching and Mo Shaikh, Aptos has generated quite a buzz in recent months. Diem, in case you forgot, was Meta's shelved effort to create a digital currency from when the company was still known as Facebook.

Aptos has already received backing from some of the crypto industry's most prolific investors. In March 2022, a16z led a $200 million "strategic" round and was joined by Tiger Global, Multicoin Capital, FTX Ventures and other notable funds. In August, FTX Ventures and Jump Crypto led a Series A round, which raised a further $150 million. Then, in mid-September, Binance Labs made its second investment in the project for an undisclosed amount.