Similar to other countries, New Zealand allows cryptocurrencies although they are difficult to get and use there. When the New Zealanders are, actually, able to purchase these digital currencies with several exchanges available there, the exchange’s bank accounts are hard to find. 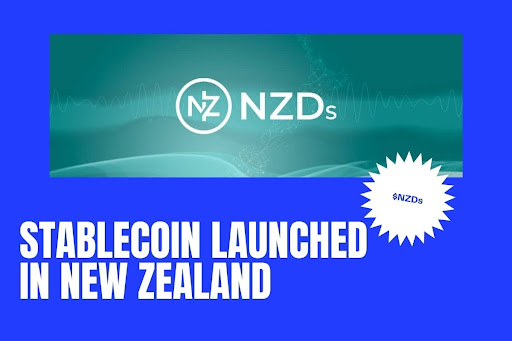 $NZDs are backed one-for-one by the New Zealand Dollar in cash and cash-equivalent treasury that merges the flexibility of cryptocurrency with the stability of fiat. Deployed on the Ethereum blockchain by Blockchain Labs using the robust FiatToken, this currency is today the world's tenth most-traded by market value and inspires immense confidence globally.

This sort of crypto is backed by a reserve asset like gold or fiat currency. Fran Strajnar, Executive Director of Techemynt stated that between the popularity of the New Zealand Dollar and the proliferation of cryptocurrency, Techemynt wanted to fill the gap in the market. That was the reason why the firm created the NZD-based stablecoin. “After nearly a year of development, $NZDs is now first to fully execute and deliver on the promise of bringing a New Zealand Dollar stablecoin to the world", affirmed Fran Strajnar.

The executive director also added that the company had worked extensively with the number-one partners to make sure that $NZDs built upon the best aspects of existing stablecoins while adhering to the legal requirements of New Zealand.

The fact that many of the top NZ casinos listed at CasinoDeps.co.nz started accepting stablecoins just gained more popularity for them. They have become the key to pairing the instant processing of cryptocurrency payments securely and confidentially with the stability of the underlying asset. Therefore, $NZDs combine the stability and value of the New Zealand Dollar allowing remittance, arbitrage, and digital payments while positioning the NZD as an important contributor in the global digital asset economy.

How Does $NZDs Work?

Stablecoins are cryptocurrencies with a price designed to be linked to cryptocurrency or fiat money. These digital currencies are also used to exchange-traded commodities including industrial metals and precious metals. The first stablecoin was Tether (USDt) which was released in 2014 and is backed 1:1 by the US dollar.

Asset-backed cryptocurrencies are, actually, advantageous as the coins are stabilized by assets fluctuating outside of the cryptocurrency space. This means that it will reduce the financial risk because the underlying asset is not correlated. Stablecoins have shown a remarkable rise over the last few years and they are expected to be the future of cryptocurrency.

Strajnar revealed that New Zealand has made several attempts regarding the stablecoin's creation, backed by the dollar. For example, in May 2017, the creation of the first unregulated stablecoin, NZDT was developed by Cryptopia. Another attempt to create the stablecoin occurred in 2019 but the exchange suffered a hack and, unfortunately, ended in its liquidation.

Stablecoin was in development for nine months with law company MinterEllisonRuddWatts to ensure that this currency was up to regulatory standards, and since its release, this currency has gained popularity in New Zealand. “I would think that any observer would see a significant difference in terms of quality and approach of NZDs compared to other efforts which never took off,” affirmed Strajnar.

Moreover, as stated by Strajnar, since onramps and offramps had progressed, $NZDs were envisaged to be able to be transferred to DeFi platforms (Decentralized finance). This blockchain-based form of finance has the potential to offer profits to the participants compared to the physical bank accounts. Some potential $NZDs users include merchants and consumers, forex and crypto traders, investors, and crypto funds.

For buyers who want to acquire NZ$100,000 or more, $NZDs are available from Techemynt directly. It is worth noting that the traders must complete suitable diligence checks under the NZ Anti-Money Laundering and Countering Financing of Terrorism Act 2009 (AML/CFT). As for the smaller orders, the buyers can purchase them on secondary markets including the Dasset exchange.