Just like Binance, Kucoin and other digital asset exchanges, Huobi has created its native token, which it calls Huobi Token (HT). Leon Li. created the Singapore-based BTC and digital asset exchange in 2013. Over 280 digital assets are tradable on Huobi. In addition, the daily trade volume amounts to over 350 million dollars of crypto tokens. Apart from the supply and demand for the token, the token’s value depends on the performance of Huobi.Pro exchange as well as its affiliates.

HT is built on the ETH platform. The token was launched in January 2018. It is also the currency of the Huobi platform. Huobi Token has a limited supply of 500M. Here are other details based on values from coinmarketcap (22/09/2019):

The token’s use cases include: 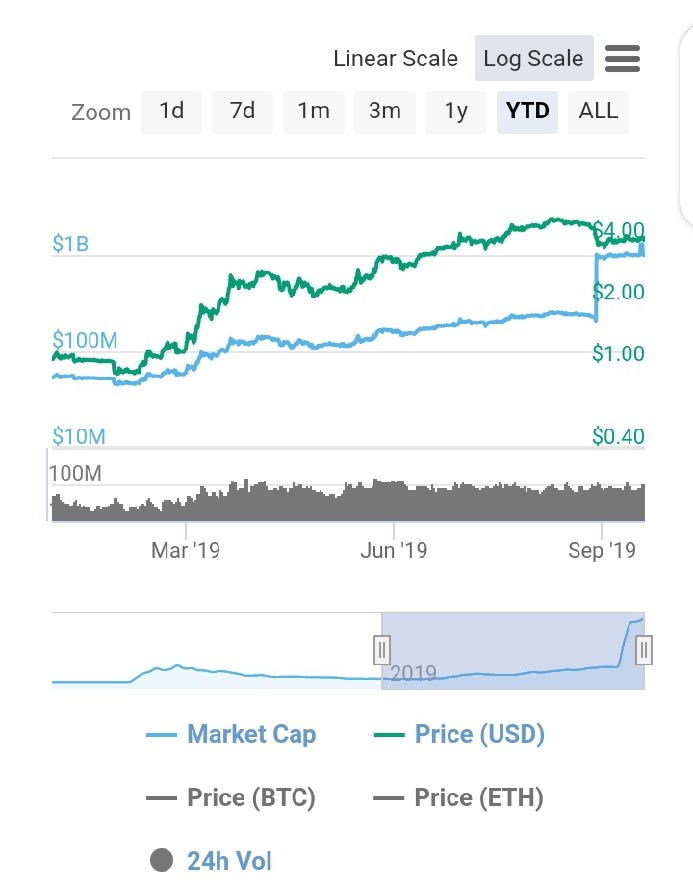 When China banned ICOs and BTC exchanges in September 2017, Huobi had to adjust its business. The company also restructured for global expansion. Huobi was officially launched in Korea in October 2017. Trading began in March 2018.

In November 2017, Huobi launched its operations in Singapore and its total volume exceeded 30 billion RMB within the first month. The company launched an office in Tokyo, Japan on December 2017. They also announced their plan to launch two crypto exchanges in Japan in 2018 by collaborating with the SBI group. In March 2018, Huobi announced its intention to launch in the U.S.

Leon Li founded Huobi in 2013. He is an alumnus of Tsinghua University. He was working as a computer engineer at Oracle before launching Huobi. The COO (Jiawei Zhu), CTO (Xianfeng Cheng), CFO (Chris Lee) and CSO (Simon Wu) all have impressive resumes and together form a strong management group.

Huobi’s native currency is based on the ERC20 standard protocol.

At the below picture, you will find the trading view of the Huobi exchange. Each section is well organized into a fixed position. This position can be expanded or minimized by simply dragging the mouse over the section edge. The order windows portion can be found towards the bottom center of the screen. Traders can choose from either market or limit orders (which are the two types of orders). The market orders can be used for buys and sells, while the limit orders (which are also known as stop-limit orders), is useful for trading short or long positions.

Since Huobi token is an ERC20 token, features that they have programmed into the token are via smart contracts to enhance its function. HT makes use of NEXT to rank the pre-listed coins.

We do not know of any frauds associated with the project. Huobi has expressed that they are very concerned about the safety and security of its users’ investments. Huobi educates its clients on the most recent development on security, technology and policies on a regular basis. Users can secure their accounts by enabling 2FA. You can achieve this via either Google authenticator or SMS verification.

Huobi also uses the anti-DDoS protection system to store over 80 percent of its assets in multisig cold wallets.

Where to Buy Huobi Token

Huobi is available on many exchanges. Listed below are some of the exchanges where you can buy Huobi token:

Huobi has recorded major progress ever since it launched in 2013. It became one of the first Asian exchanges to operate in North America after receiving regulatory approval in the United States in 2018. The company now has offices in Korea, Japan and the US.

Overall, Huobi has a huge number of crypto assets on its Pro version and more obscure tokens can be found on the HADAX platform. These give traders diverse options when it comes to investing and trading crypto assets.