A common selling point is other heared  that web 3.0 experience, is the key to achieving the metaverse where people interact on digital platforms in a way that emulates reality. Granted, blockchain technology has enabled the development of multiple decentralized applications that are now revolutionizing the way people interact with one another especially in the realm of finance. One of those key innovation that brings us closer to a complete metaverse are NFTs (non-fungible tokens)

Multiple projects have implemented NFTs  to serve different purposes; its practical, empowers decentralization, and some of them even incentivizes community engagement. To that end, the team behind Planet IX have been working in stealth-mode over the last 9 months, developing their own game metaverse, where players can compete with each other in an attempt to restore and further develop their own individual land.  The game world is the ninth attempt from an AI creator named Amelia.  All assets are NFT tokens, and the aim for the players is to make strategic decisions to further develop the land. World consists of 1.7Billion land parcels called PIX, as the games evolve, the number of PIX deflates. When users reach a set amount of clustered PIX, they can merge their collection of PIX’s into a Territory. Read more about the game mechanics in their game book.(insert link)

This is a new type of play-to-earn NFT game, that combines trading- & strategy elements with a compelling story that runs deep to serve as potent fuel for the imagination of its players.

Much more than just an idle clicker game, Planet IX is a multiplayer strategy game where players compete and collaborate to form powerful alliances and accumulate virtual land, that can generate rewards in their own metaverse, paid out through their utility IX token.

What is Planet IX?

Planet IX is a massive online multiplayer strategy game where players develop and collect virtual land parcels called PIX which are in the form of NFTs facilitated on the Polygon blockchain.

The game features a metaverse design that bridges the physical and the digital world where real-world geolocations of the users are linked to the virtual environment the user generates in the game. The parcels of land are in hexagonal shapes forming tiles that are spread across the grid. This gives a more realistic approach to how our real planet works, where players can develop the virtual land from all angles.

Players in the game can buy these virtual parcels of land that are a 1:1 equivalent with our planet, giving users a new kind of land gaming experience like never before. The PIXs can be bought through random pack drops.

Players can deploy all sorts of strategies to lay claim to entire geographically linked digital grid layers. The more a player finds PIXs that are in proximity to one another, the higher their chance of being able to mint new NFTs on the platform as a reward.

The Planet IX was first envisioned by its founder in mid-2020 as a new kind of virtual land gaming experience that would highlight the current problems in our planet using an interesting gaming experience.

The scarcity built into every PIX is the driving architecture in the Planet IX game. Players can create powerful alliances and allegiances to speed up the development of their PIX territory to claim PIX token rewards.

The PIX sizes and traits differ according to different categories.

There is a small number of legendary PIXs that are only found in the capital cities. Rare PIXs are the second most valuable PIXs, and there are also uncommon ones as well as the common PIXs. The platform also features outlier PIXs that are much larger and harder to find.

Players get to develop their PIX collections in stages, and rewards are offered to players at the highest development stage.

Planet IX unveils its mysteries in chapters where every new chapter will feature a new collection of NFTs to be claimed by players. With every new chapter, the focus of the game will be to promote the sustainability of the real planet and the impact of human activity on mother earth. 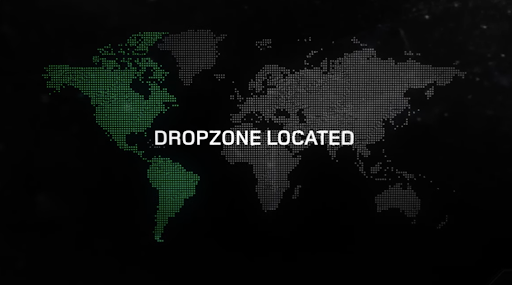 There will also be mini-games with every chapter, not to mention Easter Eggs hidden in secret places within the game's metaverse. Other surprises within the game include 1155 landmarks NFT's and Territories on 721 with relics that can be found in the game.

These landmarks represent cultural and historical parcels of land that have value and are set to be owned by groups of stakeholders. Owning a landmark NFT PIX gives the players rewards generated from trades made with the platform's native token The landmark NFTs also upgrade players' collective efforts in the game.

Then comes the DAO. Inline with propagating the ethos of democratic control of decentralised applications, Planet IX also features a decentralised autonomous organisation where players will be able to vote on how the game should run.

The DAO is the mother entity that owns a significant stake in the many types of in-game NFTs on the platform. Built with smart contracts on the Ethereum blockchain, the Planet IX DAO will automate the guild functions as well as the reward issuance function with plans for the DAO's control of advanced features to the game's incoming NFT lending services.

Holders of Planet IX tokens will have voting rights and make decisions related to the governance and day-to-day running of the game. The voting rights are granted through consensus algorithms that will allow stakeholders to decide on how to distribute profits gained from in-game activities and what sort of events should be hosted for Planet IX players.

The DAO will also have a treasury to oversee the use of the platform's funds. The DAO's treasury will support continuous improvement to the game, support creators, artists, and developers while also participating in backing other like-minded NFT projects in the Planet IX community.

Planet IX takes up sophisticated technology and simplifies its use for the masses in an easy package and fun to use leave alone comprehend. You can read more in depth on the Planet IX white-paper.

With a beta version already in place, the Planet IX game has already gained some traction in the blockchain gaming space as interest grows by the day. This gaming platform is packed with multiple incentives, including discounts, territory and token staking, bounties, and distributions that will get early adopters on board.

Built on Polygon's proof of stake blockchain network, Planet IX is designed with scalability in mind, thus making it the world's first metaverse type multiplayer game built on the blockchain with a capacity to handle an unlimited number of users.

To top it all off, Planet IX will have a large portion of its revenue go towards companies that bring a lasting and positive change to the world's environment.