Cryptocurrency has spread like floodwater, sweeping the globe and attracting loyal enthusiasts with an estimated 100 million users at the start of 2021. But, there are some nations that certainly don’t agree with the principles and value of decentralized finance (DeFi). One of those is China, grabbing the headlines over the last week, as the government passed a law banning the ownership of digital assets and blocking access to many major cryptocurrency exchanges.

China has long been opposed to the concept of DeFi. In an attempt to satisfy citizens’ thirst for digital assets they have developed their own cryptocurrency the digital yuan, which will be controlled by the various major banks and financial institutions that control the flow of money in the republic. In the U.S., where 13% of Americans are said to have interacted with crypto in the past year, Bitcoin and other major cryptocurrencies have been allowed to breathe and the fintech industry has become one of the most exciting and fastest-growing sectors.

In China, the crypto market has long had a shadow of doubt cast over it. First, it was the Chinese miners who were shut down and pushed out, which was a catalyst for the price drop we saw in May this year. Now, the decision from the People’s Bank of China will see the end of cryptocurrency in order to “maintain national security and social stability.” Though, the decision has been brewing for a long time.

The Chinese government first highlighted cryptocurrency as a risk to its financial sector stretching back as far as 2013. Bitcoin wasn’t revisited until 2017 when cryptocurrency began to gain more mainstream media attention, with the government investigating market manipulation and placing a ban on ICOs. Two years later and it was Chinese registered crypto exchanges that felt the force of the government, enforcing an outright ban and driving crypto enthusiasts to offshore exchanges and peer-to-peer trading. Over the next two years, the government toyed with the idea of banning mining and trading before going ahead with the recent decision to push through an outright ban.

The ban is definitive and has raised questions about the legitimacy and benefits of cryptocurrency. But, China isn’t the first country to pass a ban on Bitcoin. 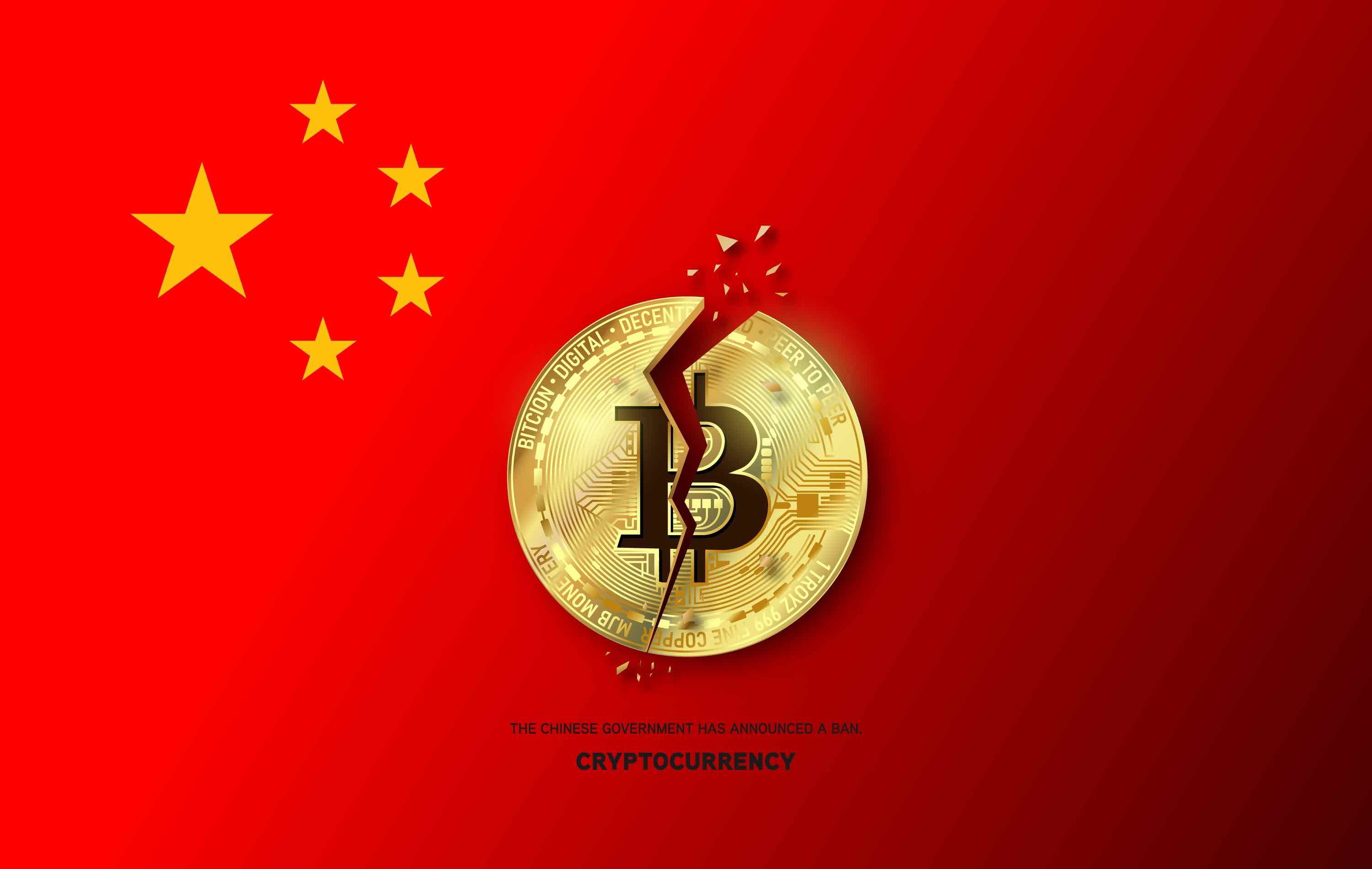 Countries Where Bitcoin is Banned

Bans on Bitcoin will come and go, so be aware that what we state here is subject to change. Bitcoin empowers people, providing a fair playing field for all those involved, regardless of power, status, race, or location. Individual freedom is the reward for managing your finances with digital currency. A study carried out in 2021 found that the top 5 countries in terms of Bitcoin usage within the population were Nigeria (32%), Vietnam (21%), Philippines (20%), Turkey (16%), and Peru (16%). Interestingly, those countries don’t represent major powers in the world. In fact, the prominence of Bitcoin usage in those countries proves the value of DeFi and how it can empower those who see their fiat currency failing them in the global market.

At present, there are a handful of countries that have committed to restricted usage or an outright ban of Bitcoin. It’s important to understand the distinction, as in some nations simply the possession of Bitcoin can land you behind bars. We list these nations including the percentage of owners within the population: Algeria, Bolivia (1.85%), Bangladesh (2.27%), Dominican Republic (1.86%), Ghana (3.01%), Nepal (1.45%), Macedonia (1.13%), Qatar (0.99%), and Vanuatu. While each nation has its own explanation for the ban, the premise for all cases is that the currency is volatile and not backed by anything physical, as well as claims of illegality. Despite the ban, nations like Bangladesh are still struggling to curb the usage of Bitcoin amongst citizens.

As well as unequivocal bans, there are also countries where Bitcoin is restricted from being used as a form of payment or traded. This extends to banks and sometimes even cryptocurrency exchanges. However, holders of cryptocurrencies aren’t liable to prosecution. We list these nations including the percentage of the population that owns cryptocurrencies: Bahrain (0.98%), Iran (1.96%), Kazakhstan (1.73%), Russia (11.91%), Saudi Arabia (1.30%), Turkey (2.94%), and Vietnam (6.12%).

The majority of these countries cite similar reasons to those that ban cryptocurrencies, with a few exceptions. Bahrain requires a license to use crypto-assets services and in Russia banks and exchanges must be registered with the Central Bank of Russia. Turkey doesn’t allow citizens to use Bitcoin as a form of payment, but they can hold digital assets, similarly in Vietnam. The case of Vietnam is an interesting one, as recent estimations show that 6.1% of the population own cryptocurrency and more than half (59%) express interest in it. This has pushed the government to take a progressive standpoint regarding digital assets—with the government exploring options to further understand and regulate cryptos.

The situation in Vietnam ties into the very essence of DeFi.  No matter what governments and regulatory bodies try to do, wiping out cryptocurrency trading is impossible. While it’s difficult to get the exact numbers, crypto enthusiasts in the aforementioned countries will still be able to access the rapid growth of DeFi trading platforms. 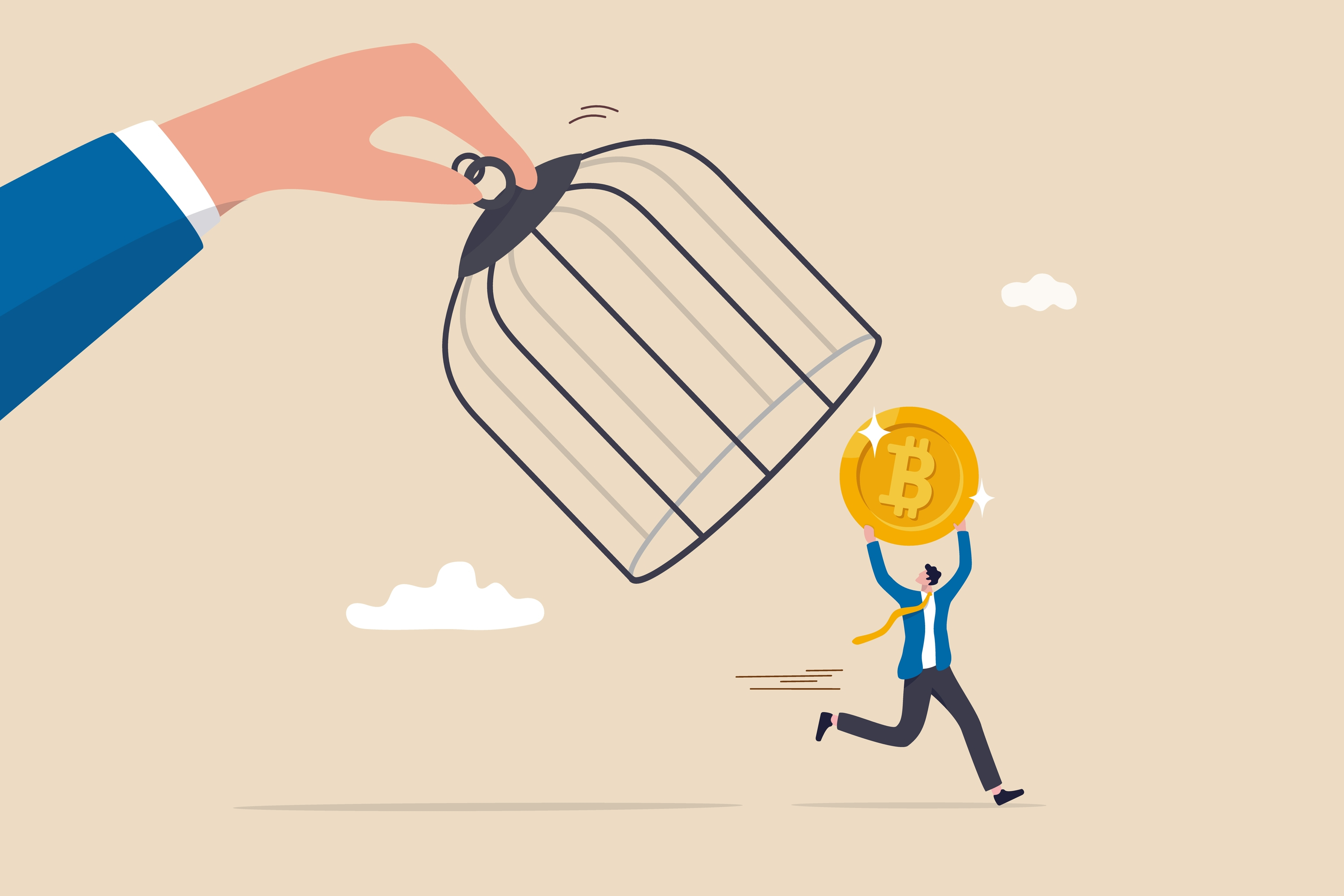 DeFi Will Prevail Regardless of Bans

The fast-moving cryptocurrency sphere provides a regulatory nightmare for many governments across the globe. Handling the inception of digital currencies into a world economy based on fiat currencies is no easy feat. As a result of that, we are likely to see bans come and go and certain countries make bold moves to integrate Bitcoin and cryptocurrencies into the economy, as we’ve seen already in El Salvador.

However, regardless of a nation’s take on the values and benefits of Bitcoin, citizens will always be able to access their digital currency through DeFi platforms. DeFi exchanges and apps are some of the most exciting aspects of the industry at the moment, as they encompass the reason cryptocurrency was created and move away from the concept of centralized cryptocurrency, which is what we’re seeing in China with the digital yuan.

There are many DeFi exchanges available to users around the globe. But, the biggest is the PancakeSwap exchange, which boasts just shy of 2 million users globally. The appeal of holding finances away from the hands of any centralized authority is evidently extremely appealing. Free from external interventions, having total sovereignty and working within a democratically controlled system, where each member is of equal representation is the quintessence of crypto.

The Encode Algorand Hackathon Will Start This Month

The Algorand Foundation Welcomes Asalytic To Its Ecosystem

Terra’s Community To Vote On The Proposed Network Renaming