Gods Unchained is a tactical card game that operates on the Ethereum Network. It was developed by Immutable Games (formerly known as Fuel Games). 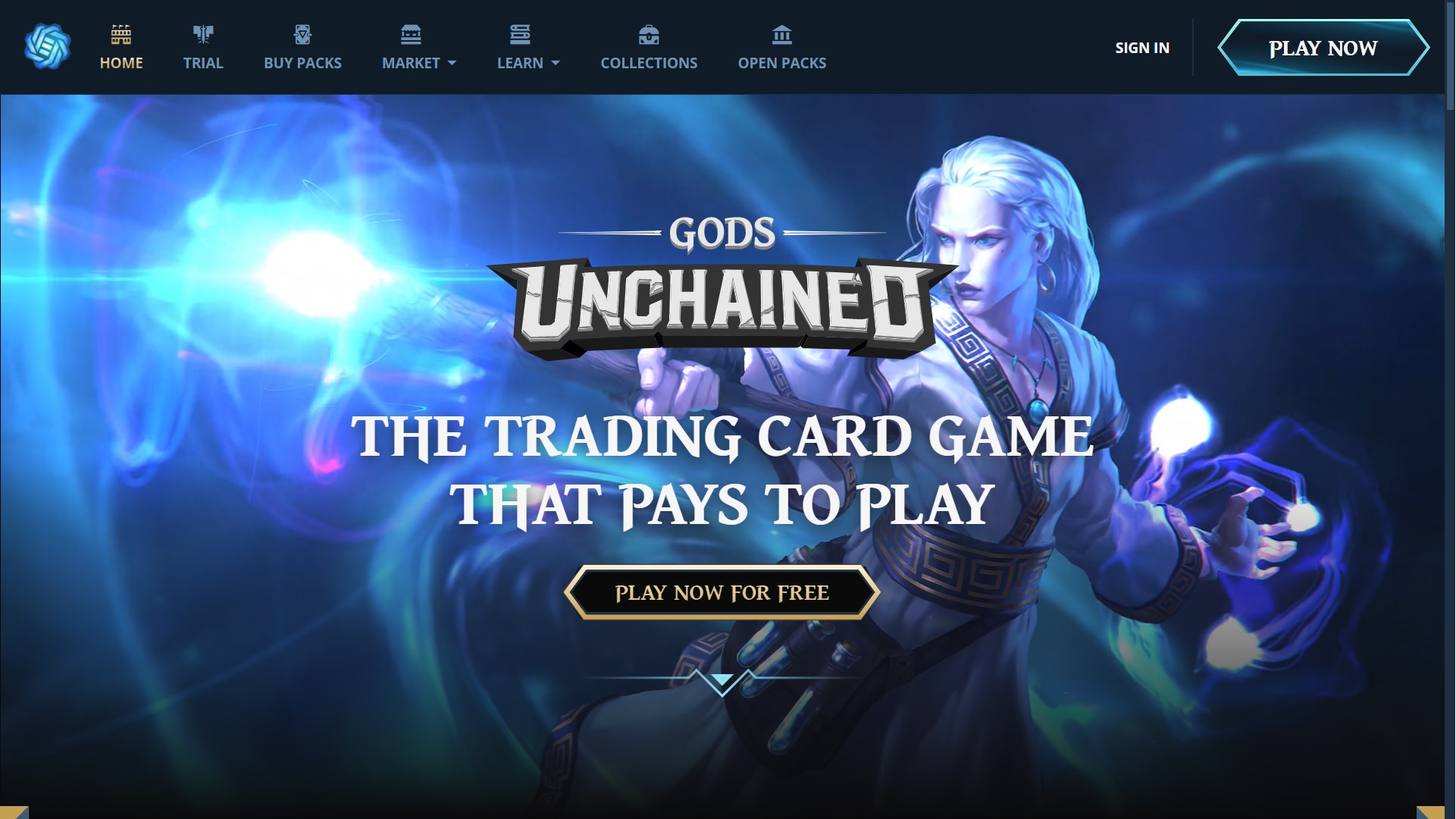 Gods Unchained Marketplace allows users buy and sell digital collectables and trading cards, and compete with other players on the network. It is a turn-based game where players can use their Gods to eliminate opponents.

When you make a trade at Gods Unchained Marketplace, they don’t charge you with a commission. The platform is free and every new player will receive a free collection of 70 cards. This is actually quite unusual and in our view very consumer friendly.

Since Gods Unchained operates on Ethereum, buy or sale transactions does however attract a gas fee. That's quite unvoidable for any marketplace based on Ethereum transactions.

Different NFT Marketplaces present their NFTs, the latest bid and the remaining time of an auction etc. in different ways. What you are most comfortable with viewing and using is up to you and no one else. The following picture is a print screen from Gods Unchained Marketplace: 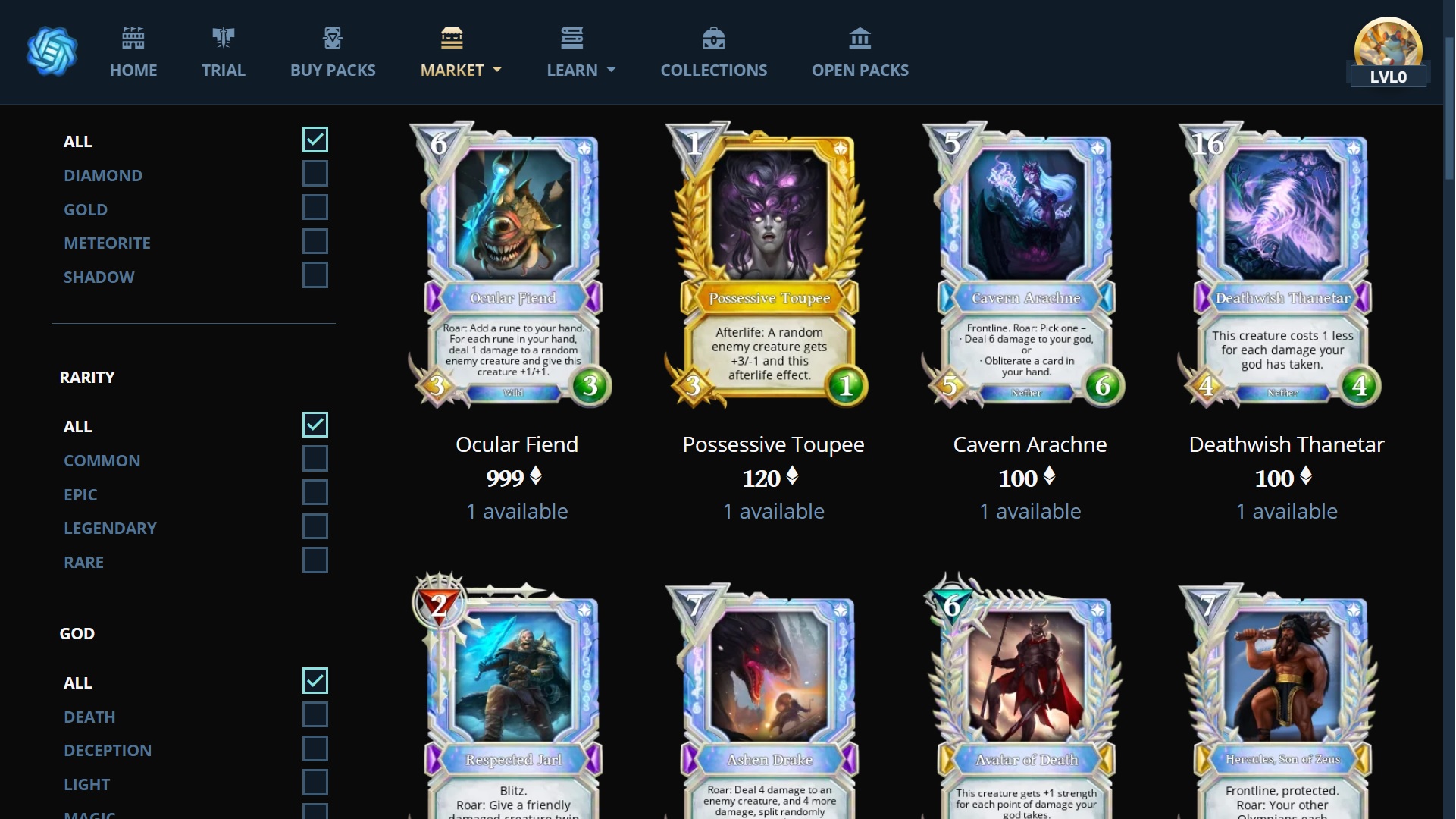 Players can level up and earn cards or receive rewards from the Weekend Ranked Tournaments. Players also have the option to buy Seasonal packs, which are available for a limited period of time. Another alternative to get new cards is by trading with other players in the official marketplace.

Here is an image of a Crush Construct, a specific trading card (NFT) on the Gods Unchained Marketplace. On selecting the card to trade, players can view multiple attributes of the god. These attributes include the type of card, health points, attack points, the tribe to which the character belongs etc. Players can also view the transaction history and trading history of the particular card. 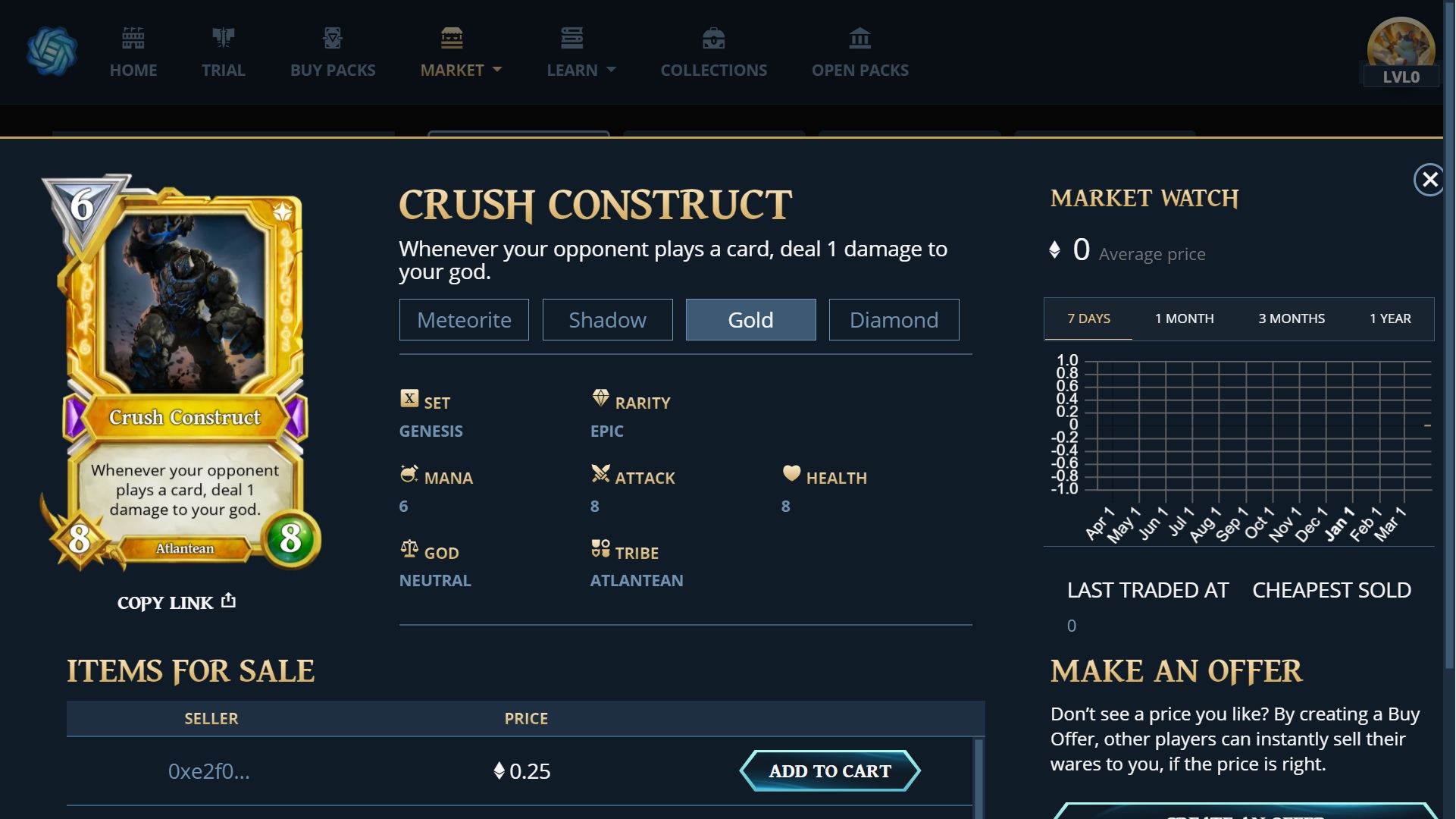 A few of the NFT Marketplaces out there accept deposits and payments via credit or debit card, and some even accept PayPal-deposits. However, Gods Unchained Marketplace does not accept either of them.

Gods Unchained Marketplace users can transact using Ethereum, and they recommend using the MetaMask wallet for their dealings on the platform.