Blockchain technology is certainly the latest tech hype. Yet, developments in the fast-moving, forward-thinking mobile industry relating to blockchain technology have been steady. The new breed of smartphones is focused on high-quality cameras, unique design innovations like bendable phones, and retina display screens.

However, if we rewind back in time for a moment, around the turn of the year 2018 there were a number of major companies producing mobile phones with built-in secure storage for crypto-currencies and tokens. While the design was revolutionary, it didn’t take off. Making it easy to complete crypto-payments and facilitate the management of digital assets wasn’t very high on the list of requirements for smartphone users, nor producers.

The blockchain industry is booming, but will blockchain smartphones disrupt the phone industry at large?

The premise of blockchain mobile phones would offer users the opportunity to start using interconnected devices for easy and instantaneous data sharing on a secure network. While protecting data and increasing speeds for all aspects of mobile phones is something all providers should aspire to achieve, it’s not something that has broken through yet.

A Swiss-based phone company Sirin Labs is one of the few companies to focus on combining blockchain technology with smartphones. They stand as one of the industry leaders within mobile cybersecurity, offering an ultra-secure blockchain smartphone with embedded cold storage. The only phone available is the FINNEY, which comes with SIRIN V3 technology, bridging the gap between the blockchain ecosystem and the mass market.

As well as that HTC and Samsung released mobiles, with the Samsung’s Galaxy S10 range, and later models, offering cryptocurrency cold storage wallets. The earlier models offered access to major coins like Bitcoin and Ethereum, which has since been updated on more recent models offering various other tokens as well. Also, Samsung provides customers with decentralized apps, or Dapps, offering blockchain-powered applications that use their own tokens for payment, rewards, reviews, and various other functions.

For the most part, blockchain-based technology is still in its infancy and there is much work to be done to fully-integrate and realise its full benefits. Having said that, the early adopters already have access to smartphones that allow users to buy, sell, trade, store, purchase, and convert digital assets all within one phone. So, what’s the need?

While this is exciting, it seems the technology used on current smartphones is fairly limited. The accessibility of cryptocurrency is excellent. But, thinking broadly, the benefits of a crypto-centric smartphone could evolve into a way for people to secure and control all their personal data, not just their digital assets.

How Blockchain Smartphones Could Evolve 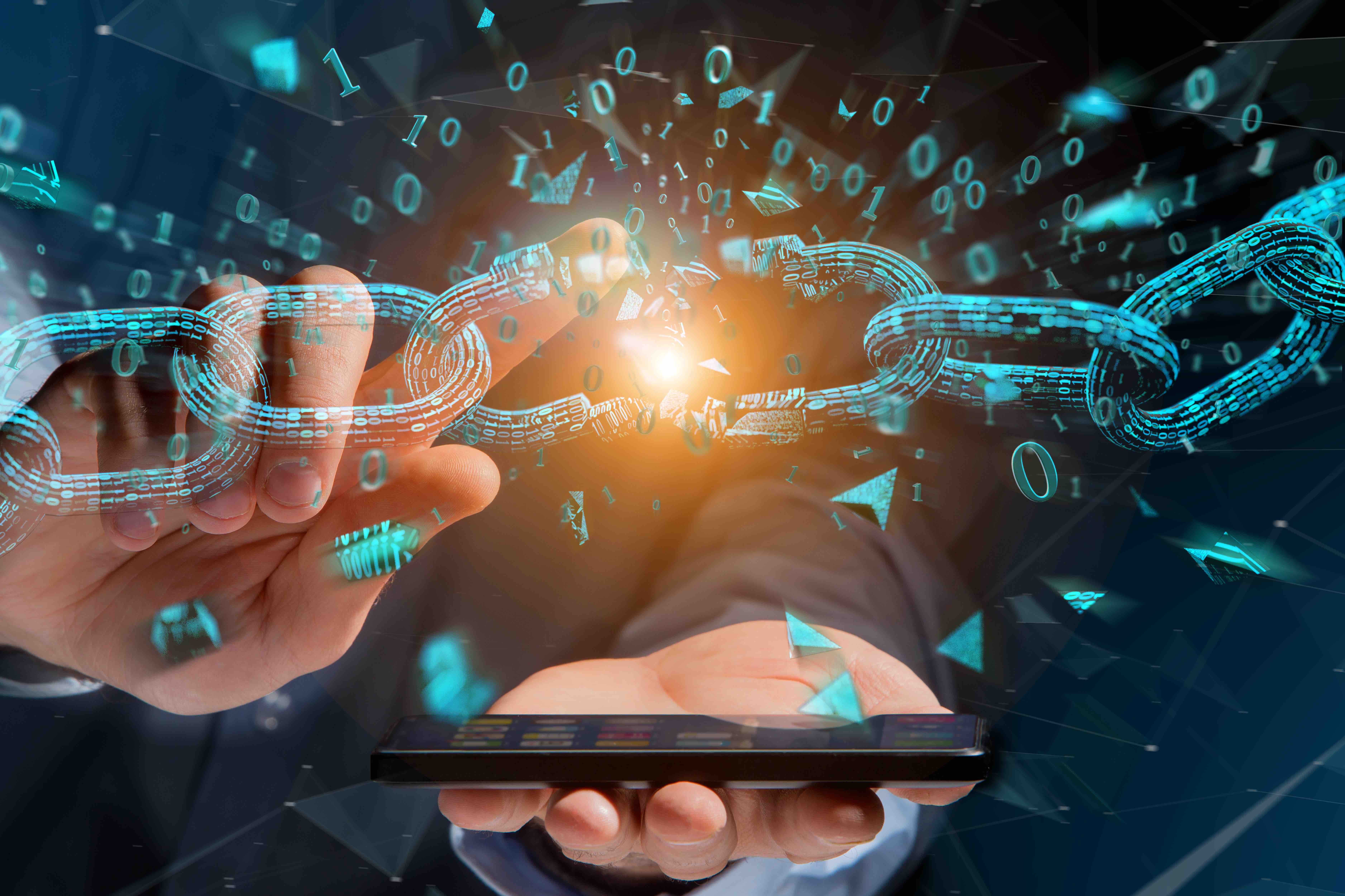 The most linear direction for blockchain is to provide additional security and anti-theft capabilities to phone users. As the world becomes increasingly digitized, the value of mobile phones increases. Not just because phones are expensive, but the amount of personal data on them is quite staggering. The ability to purchase, manage money, access personal data and online personas, all from a hand-held device. As such, if someone were to lose or have their phone stolen, it’s important to get to a point where it’s only the hassle of getting a new phone that is on the customer's mind.

Social recovery software allows users to access their data, even after their phone is lost. The auto-lock functions that currently exist on smartphones aren't sufficient when it comes to personal data. The International Mobile Equipment Identity number (IMEI) is a system that allows carriers to disable phones to protect personal data. If all mobile phones were inter-connected, then these kinds of security systems would be far easier and more efficient to operate.

For the blockchain enthusiasts, there is a belief that using a decentralized web would allow blockchain-based technologies to support decentralized applications or “Dapps.” These apps would be supported by blockchain technology, opposed to private corporate servers.

Another issue that has come to light this year is the environmental impact of cryptocurrency, which is also relevant to smartphone manufacturers. The carbon footprint from producing mobile phones with plastic is an issue, coupled with the fact mobile phone companies roll out a new model at least once a year, amplifies the problem. Communication company Verizon was granted a patent to make virtual SIM cards using blockchain. Blockchain would encrypt user data and data would be fully digital. Not only would this cut down on the necessity to create SIM cards using plastic, but it would add a layer of security if users had their data stored on it and could manage it from another location.

There is certainly an argument that blockchain phones are overly expensive for the current market and until the technology is endorsed by big brands, the smaller companies like Sirin Labs simply cannot compete. The cold-storage feature is very appealing, but companies like Ledger and Trezor have been doing this for years, so that product is already on the market.

While blockchain phones are marketed as more than just crypto-currency storage devices, the current models don’t offer breakthrough technology. Once blockchain phones offer unique software and technology that separates them from the rest of the market, we’ll see the niche begin to turn into the mainstream. The major brands already offer crypto storage and payment services in the form of Apple Pay and Google Pay.

The plan should be to use blockchain smartphones to provide access to the expansive Web3, which will feature Dapps, new social networks, games, NFTs, and seemingly anything else imaginable at this point. All of this is accessible on current smartphone models, but with the “new internet” on the horizon, it would only make sense if your access to it was through a blockchain-based device.

The wheels are already in motion, with World Mobile agreeing a partnership with a company called Phore, which focuses on privacy and security. Phore looks to launch a branded SIM card in the near future on the World Mobile network, enabling users to buy a SIM card with cryptos on a decentralized marketplace which will give access to a decentralized mobile network running on a separate blockchain. We’re already seeing the technological landscape changing as blockchains are being applied wherever possible with new apps and services. The potential of blockchain is immeasurable right now, but currently at a market value of over $3 trillion, it’s clear we may soon see how blockchain can enrich the world.

Fireblocks Adds Support For TRX And Its TRC20 Tokens