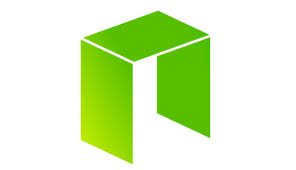 Find the exchange with the lowest fees, best methods for depositing or your geographical area and start trading Gas

Want to leave your cash at home? These cards support Gas.

So you've made a little Gas and now you want to spend it? These are the places to do it!

Find the wallet that suit your security, ease of use and anonymity needs for Gas.

When investing in virtual currency, you need to do your research. We provide you with reviews of each world top cryptocurrency out there, so that you can find the best crypto coins to invest in for you. This is a review of Gas.

Gas is the transaction-token that is being used to pay fees on the NEO blockchain. The NEO blockchain can be compared to Ethereum, as it is a multi-service layer that can utilize the blockchain for powering new projects. Read more about NEO here.

The total existing supply of this operational token grows by 8 tokens with every block hashed.  Those 8 are then split between everybody holding NEO tokens, and every 2 million blocks the hash rate difficulty increases. The total circulating supply of Gas will grow up to maximum 100 million tokens, but NEO does not expect for that to happen for another 22 years. The NEO organization urges users on the blockchain to store the NEO in their in-house wallet so that you receive the tokens being generated on the blockchain.

At Cryptowisser, we deem this token as more of an utility to power a blockchain. If you’re looking for an investment, we advise you to take a look at NEO, which is more of a speculative instrument.

If you have concluded that this is the coin for you, congratulations! Buy Gas here.